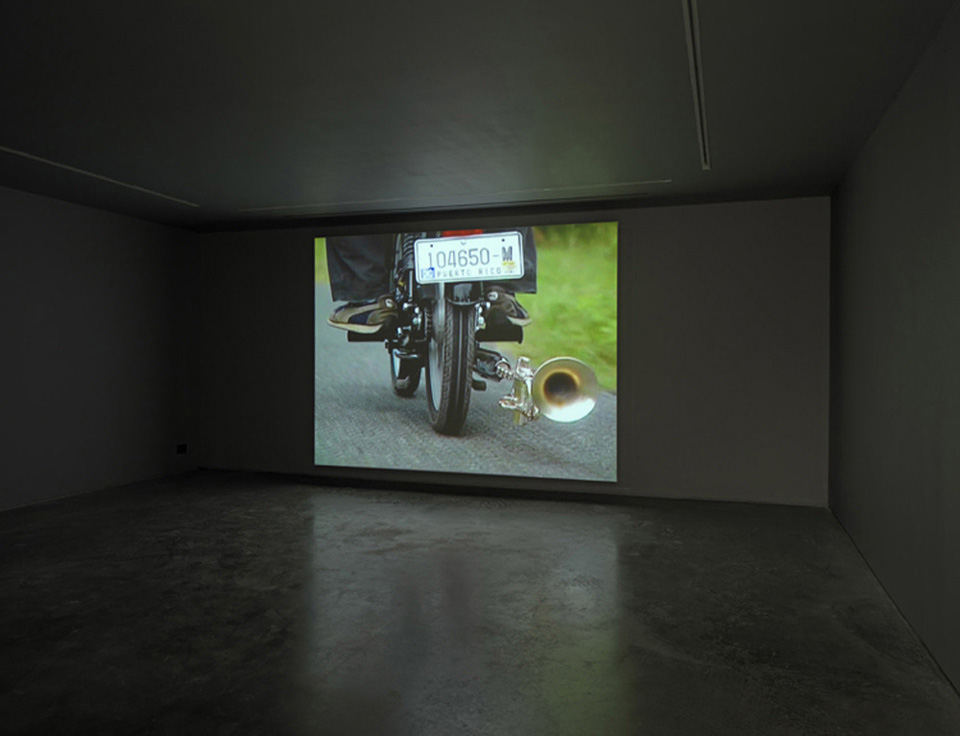 Lisson Gallery is pleased to present Allora & Calzadilla’s third solo show at the gallery ‘Vieques Videos 2003-2011’. Made over the course of a decade Returning a Sound (2004), Under Discussion (2005) and Half Mast/Full Mast (2010) are now shown here together for the first time. Each video addresses the complicated history of Vieques, an inhabited island off Puerto Rico that was used by the United States Navy as a bomb-testing range from 1941 until 2003. The Navy was forced to evacuate by a civil disobedience campaign waged by local residents, with supporters throughout the world. Allora & Calzadilla contributed to the visual culture of this campaign with a long-term, multi-sited project entitled ‘Landmark’, informed by the following questions: ‘How is land differentiated from other land by the way it is marked? Who decides what is worth preserving and what should be destroyed? What are strategies for reclaiming marked land? How does one articulate an ethics and politics of land use?’

In Vieques the future of the reclaimed land remains uncertain and largely insulated from democratic claims. Returning a Sound (2004) was made at the beginning of the process of demilitarisation, decontamination, and future development and at once celebrates a victory and registers its precariousness. The video addresses not only the landscape of Vieques, but also its soundscape, invoking the memory of the sonic violence of the bombing. It follows Homar, an activist, as he traverses the island on a moped with a trumpet welded to the muffler. The noise-reducing device is diverted from its original purpose: with every jolt of the road and spurt of the engine, the trumpet might summon up the siren of an ambulance, Luigi Russolo’s Futurist Intonarumori or experimental jazz. In his circuit Homar acoustically recapitulates areas of the island formerly exposed to ear-splitting detonations.

Scarred with bomb-craters and with its ecosystem contaminated, the former military land has been designated as a federal wildlife refuge. This designation entails further violence by marginalising the demands of island residents for decontamination and municipal management – the point of departure for Under Discussion (2005). An overturned conference table has been retrofitted with an engine and rudder grafted from a small fishing boat. A local activist uses the motorized table to lead viewers around the restricted area of the island, re-marking the antagonisms that haunt the picturesque coast and bearing witness to the memory of the Fisherman’s Movement, which initiated the first acts of civil disobedience against the ecological fall-out of the bombing. The hybrid device explores the absurd political inequalities of the situation: the table, a common trope for the non-violent resolution of conflict, is forcibly reliant on local navigation.

Half Mast\Full Mast (2010) draws attention to the unfinished political, economic, and ecological reconstruction of the island as inhabitants grapple with the legacy of military occupation. Departing from the noisy dynamism of the earlier videos, Half Mast\Full Mast adopts a slower, more meditative approach. Projected at life-size, the silent video is comprised of 19 partitions; each is split into two landscape views of various sites in Vieques, stacked on top of one another. The horizontal divide is then crossed by two poles, aligned as if a continuous object. In each partition a young man hoists himself up the pole from standing to a horizontal position, and with intense exertion momentarily becomes an unofficial flag – before endurance gives way to gravity. The gesture functions to reframe specific sites around Vieques significant to the military occupation and subsequent struggles in terms of a deceptively simple semiotic convention: the flying of the flag at half-mast (a sign of mourning) or full-mast (‘normal’ conditions). In ‘becoming’ a flag, however unofficial, absurd or precarious, the performers short-circuit the flag’s symbolic relation between parts and wholes. In Half Mast\Full Mast, the individual body ‘literally’ stands in for the flag, obliterating it as an official place for the collective body of the nation.

Alternating in an unpredictable manner between upper and lower segments of the composition, the appearance sometimes celebrates or salutes a particular site (such as places related to the history of civil disobedience), while in others it indicates a sense of discontent, if not crisis (such as the luxury W hotel recently constructed in Vieques). In other instances, the gesture is ambivalent relative to the sites in question, suspended somewhere between disaster and progress, oblivion and memory, grief and hope – oscillations that rebound on a broader scale between all three Vieques videos. 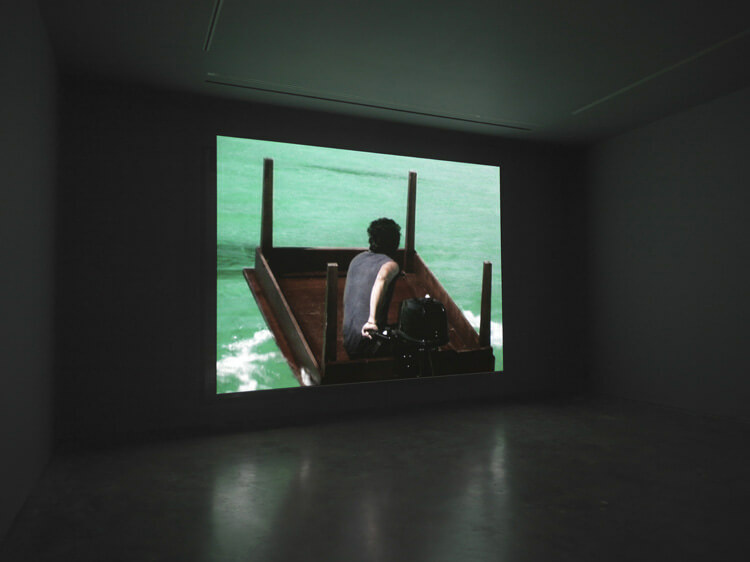 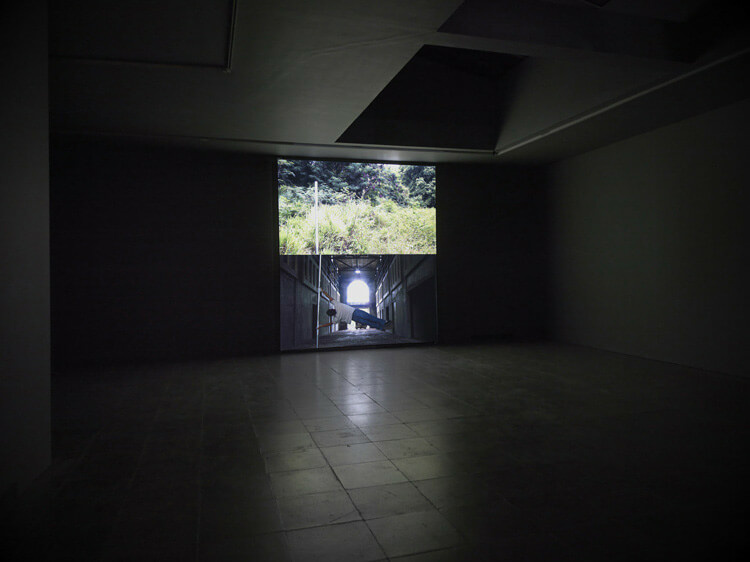