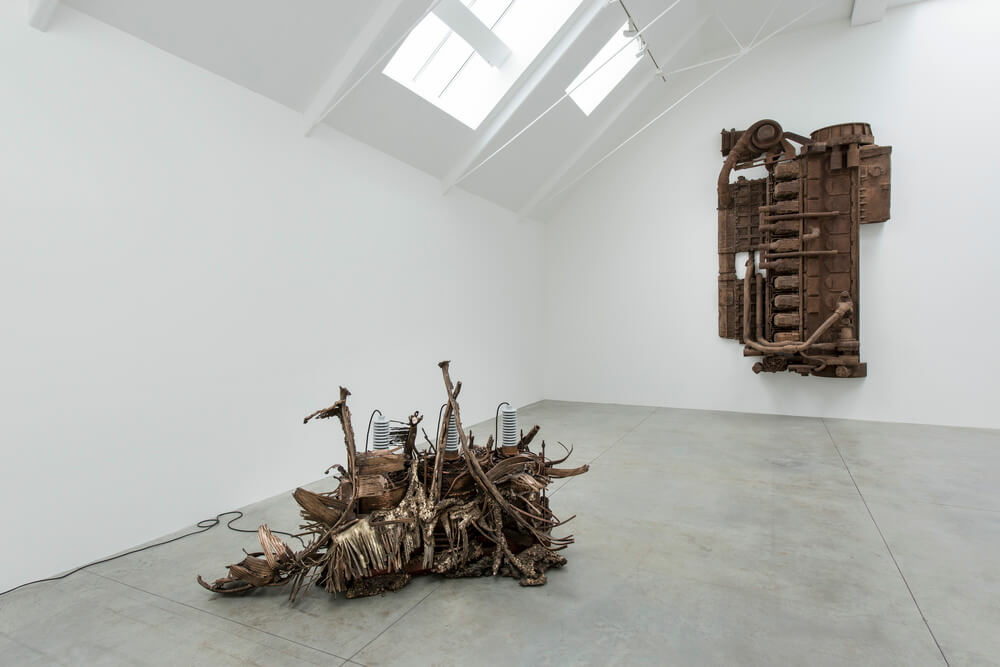 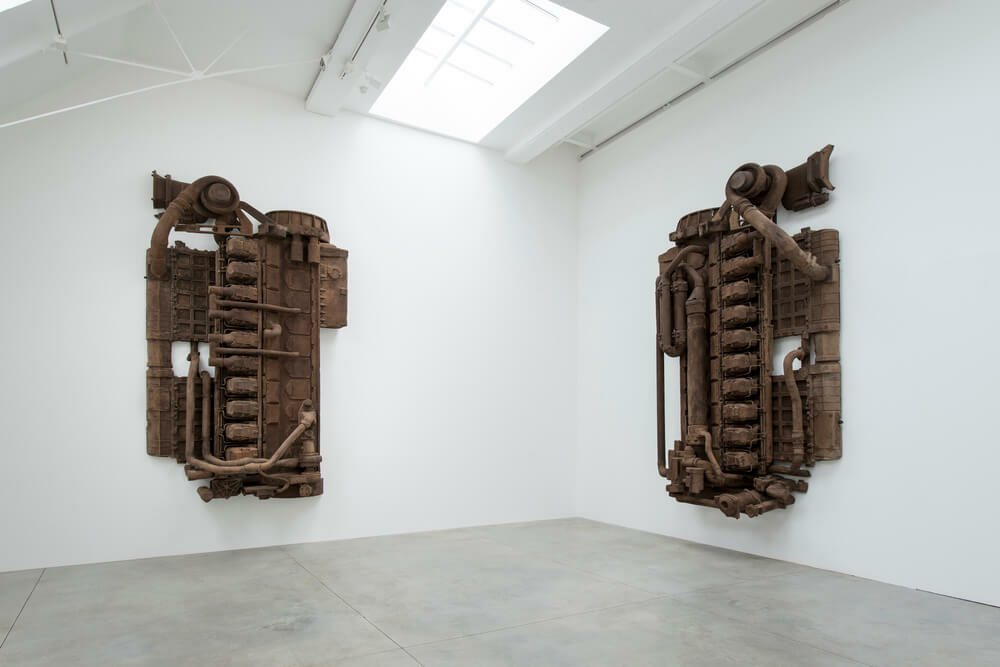 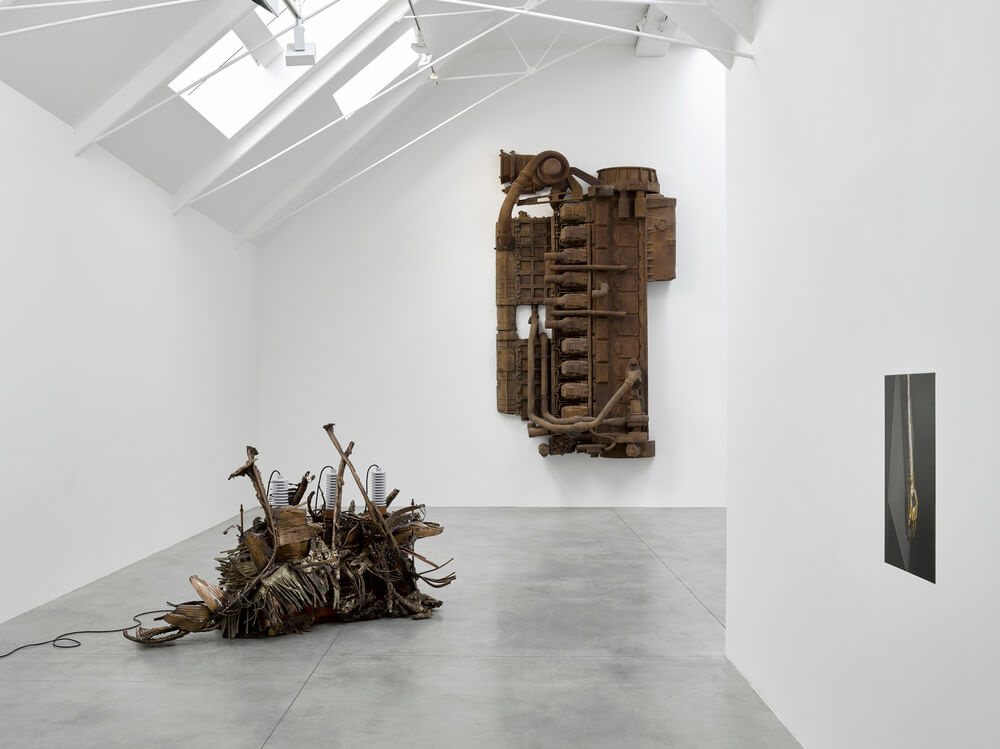 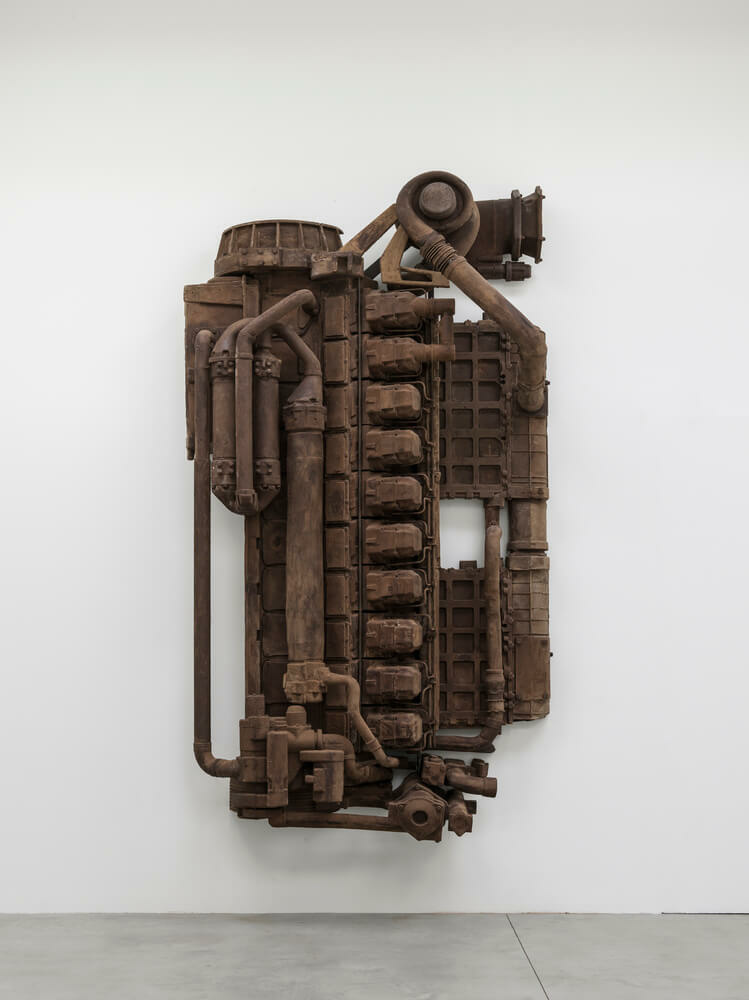 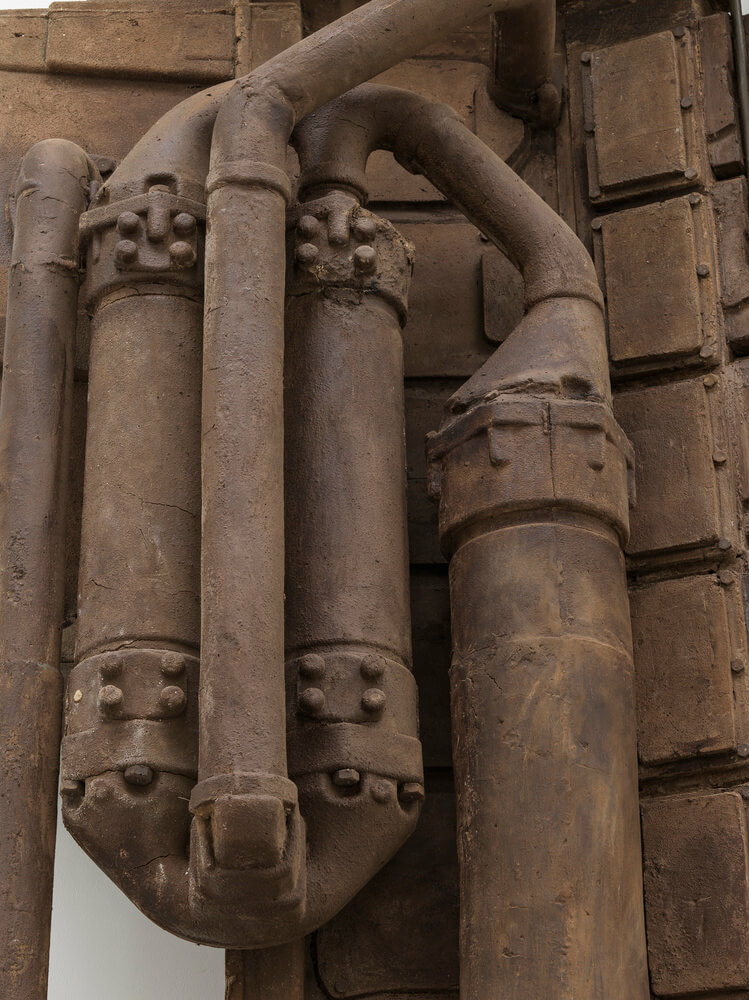 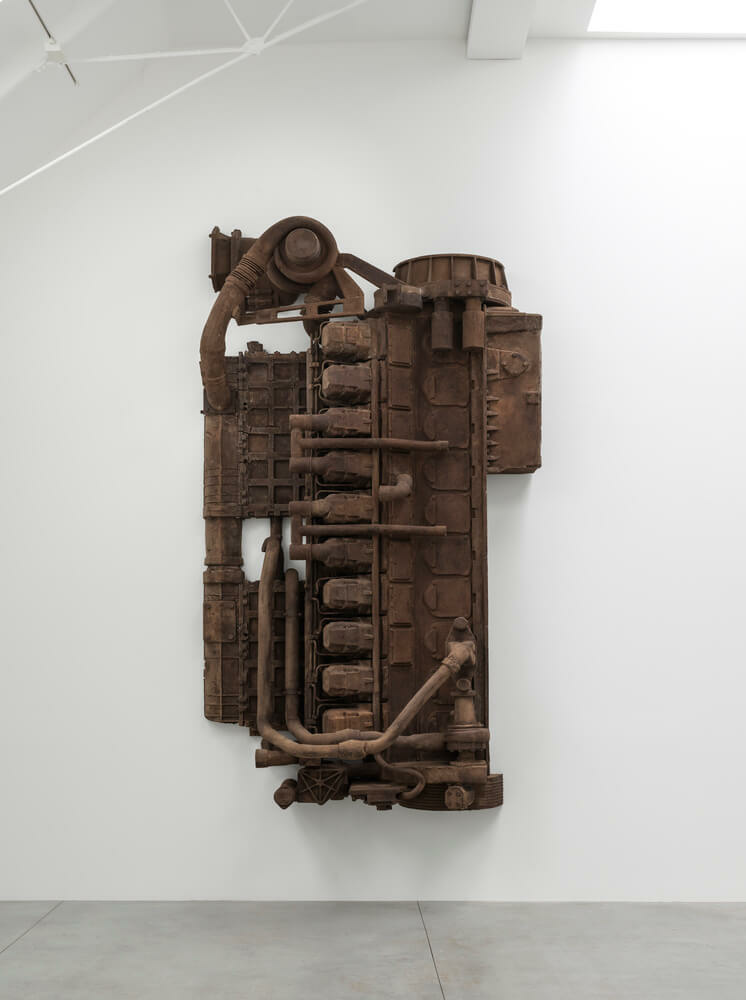 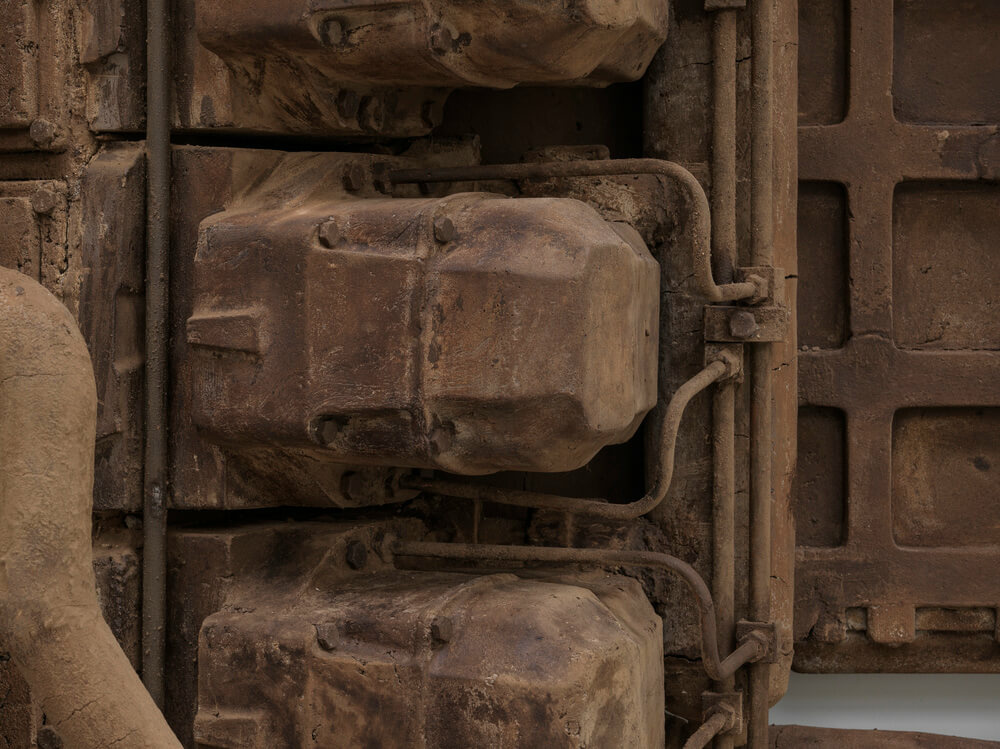 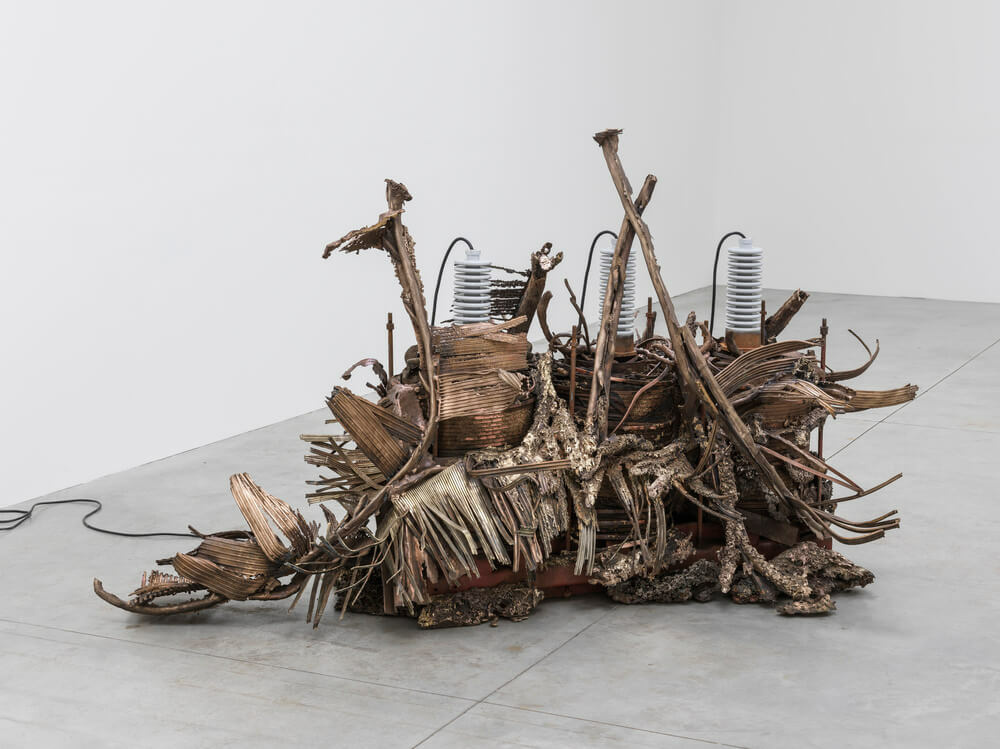 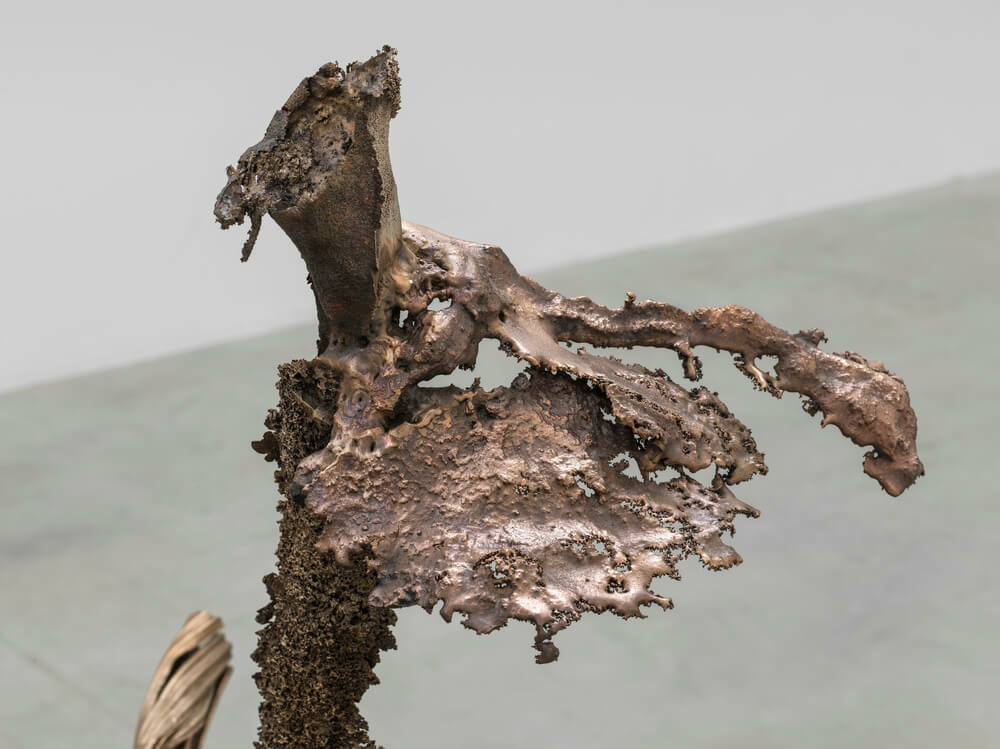 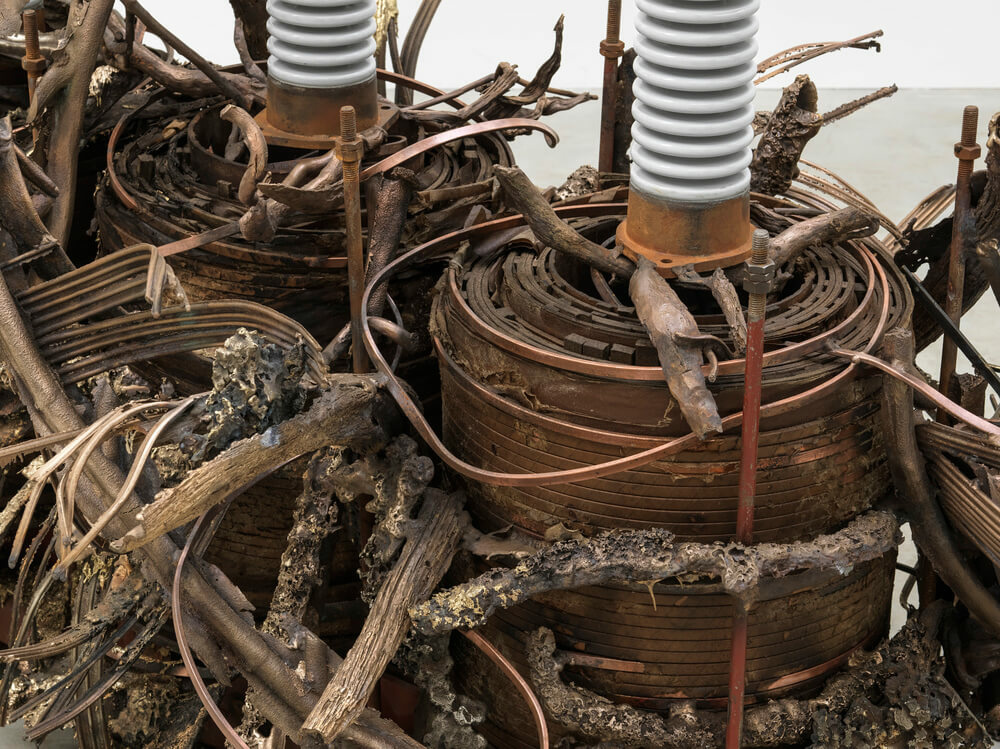 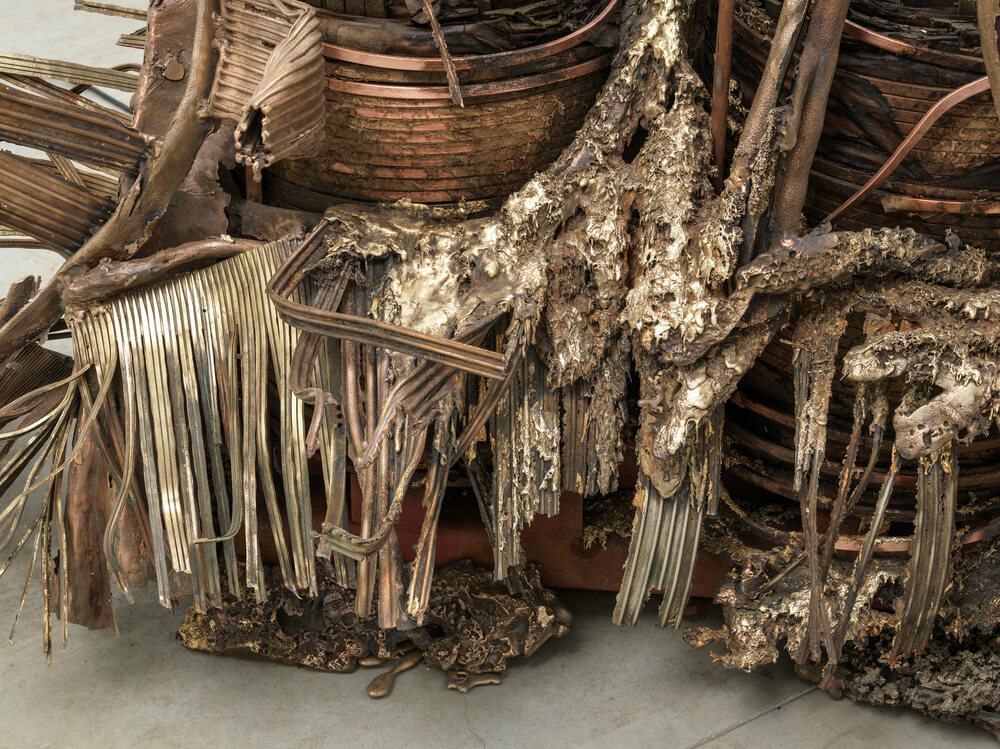 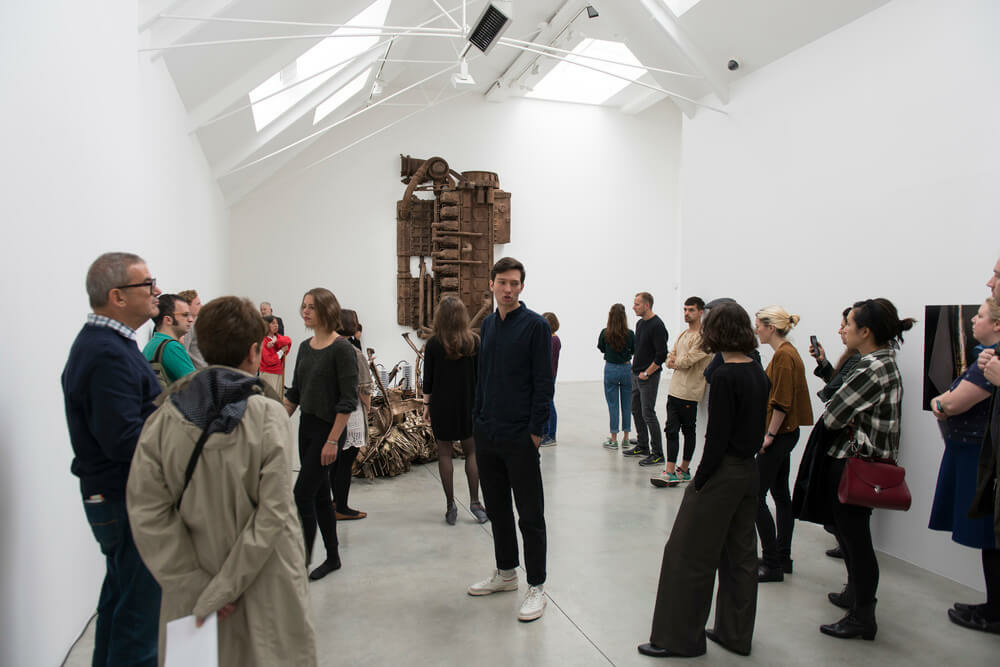 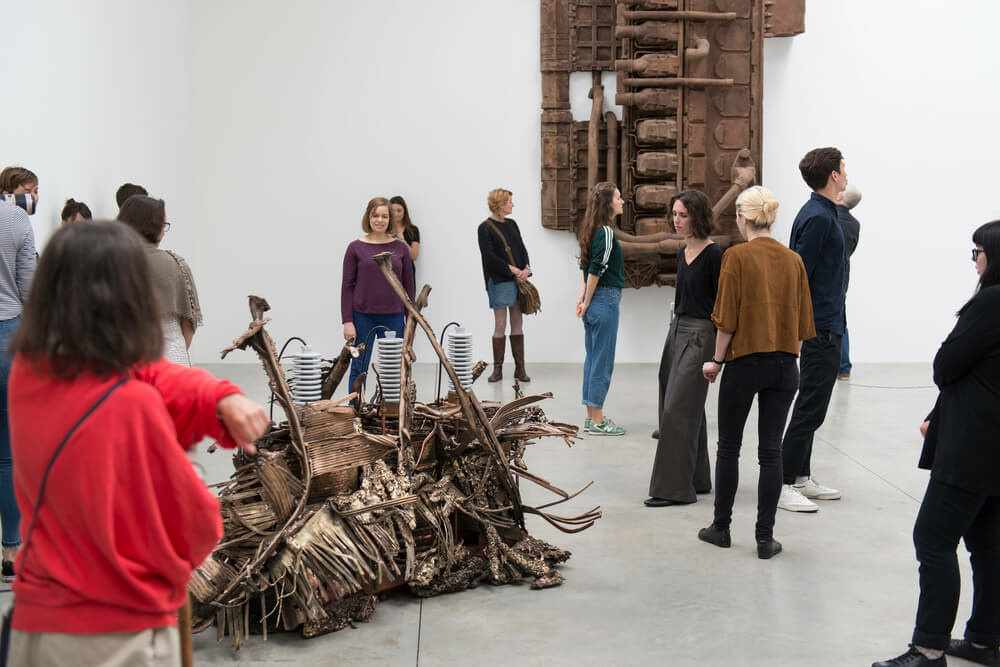 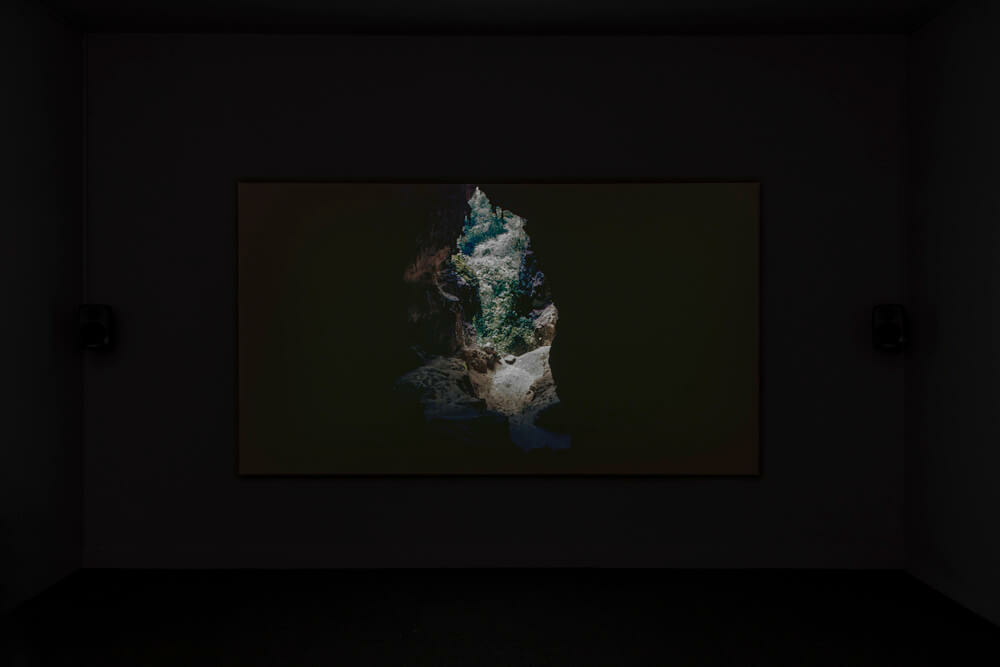 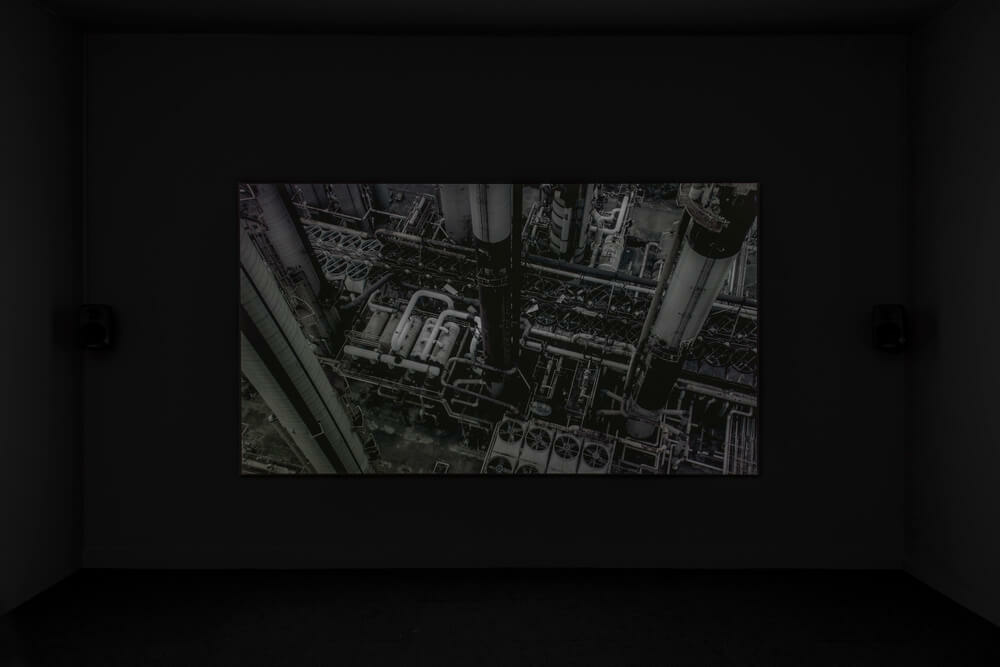 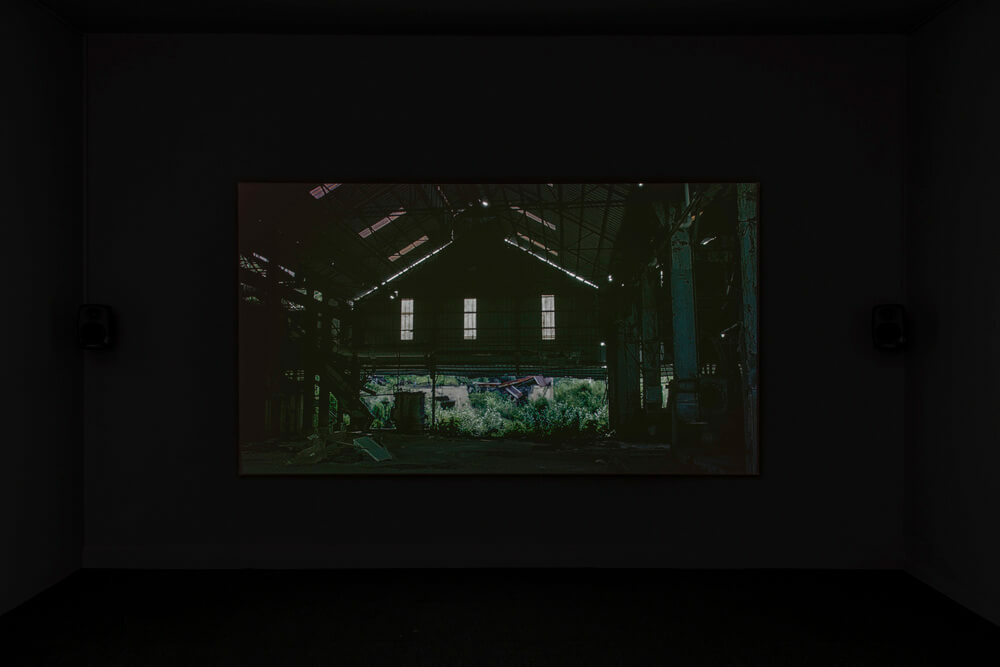 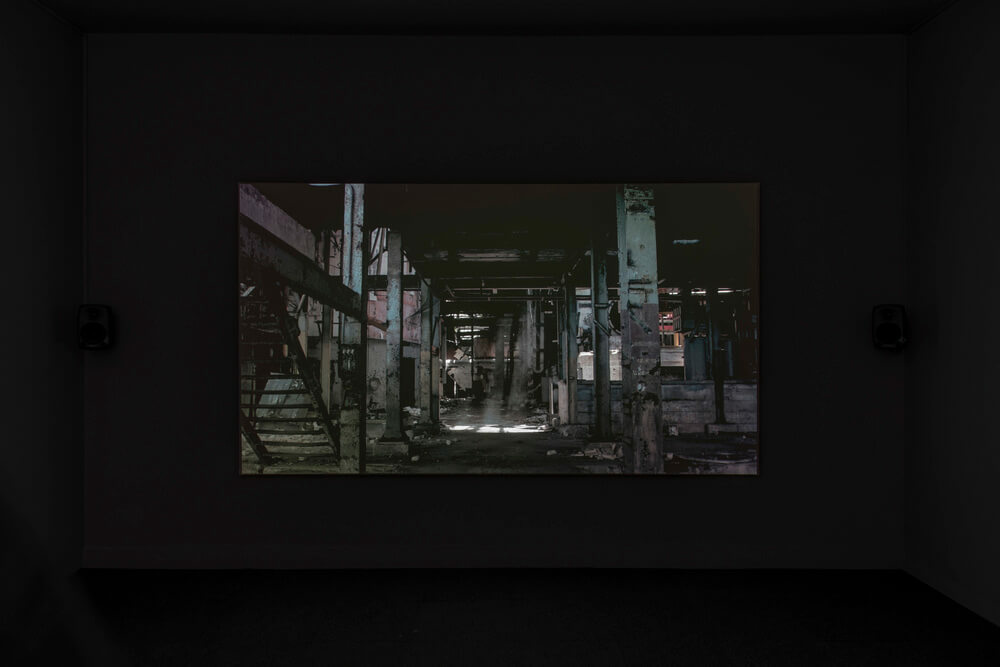 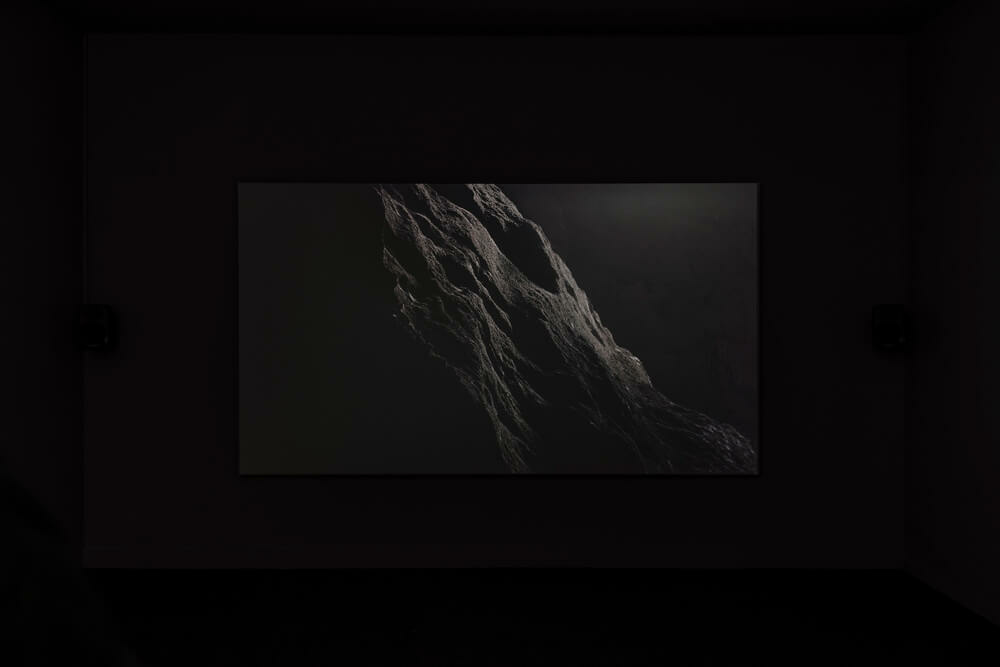 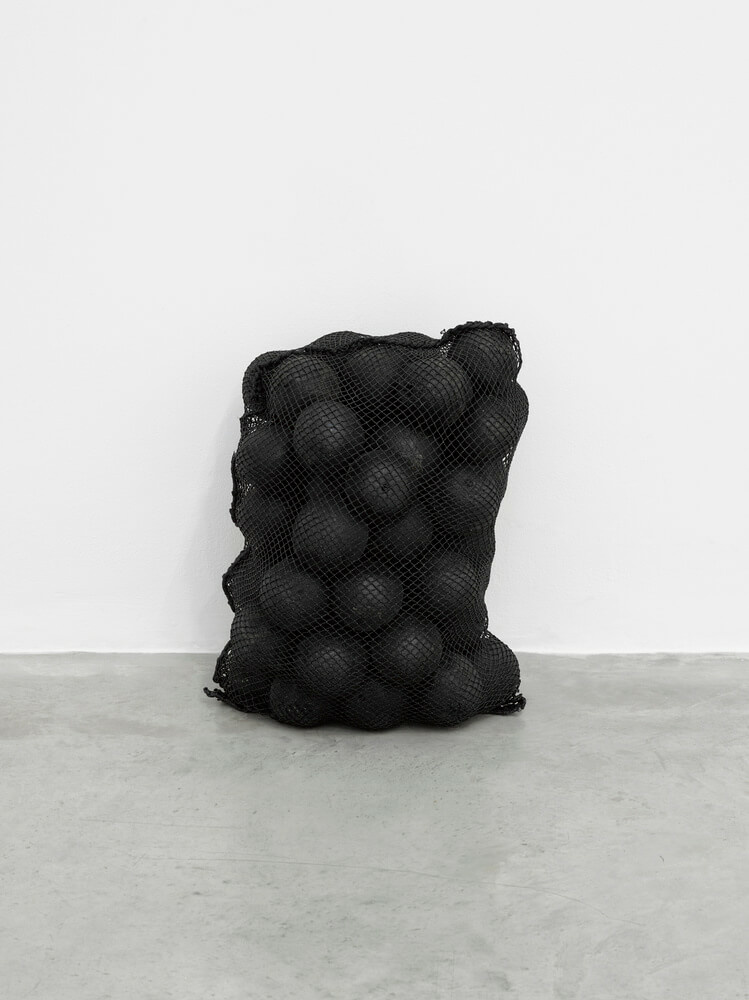 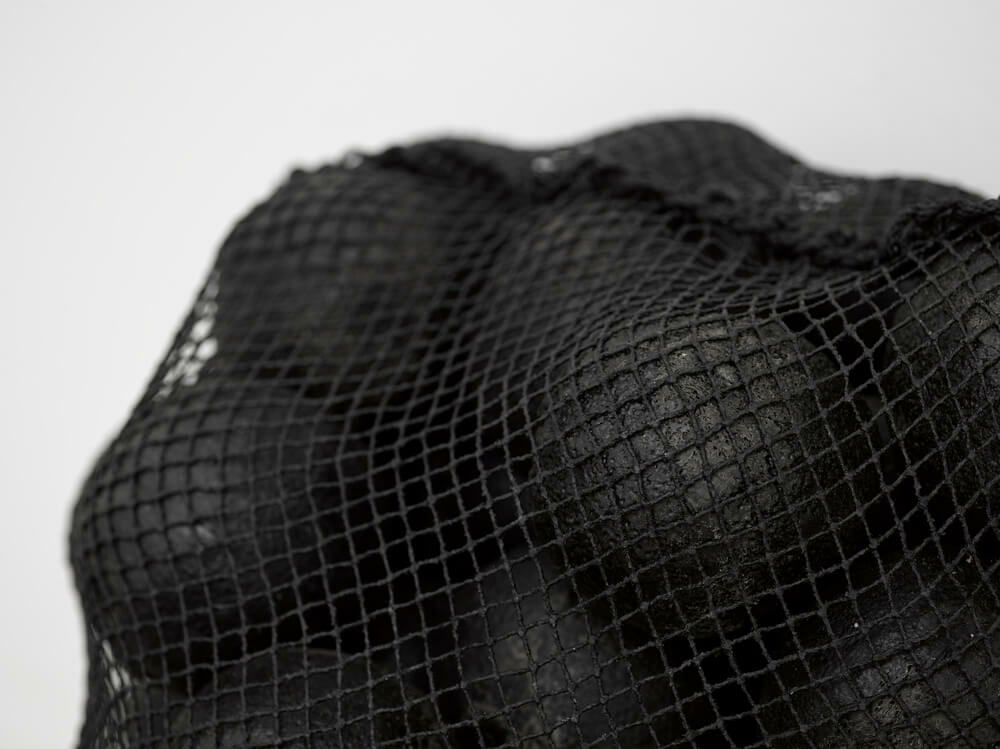 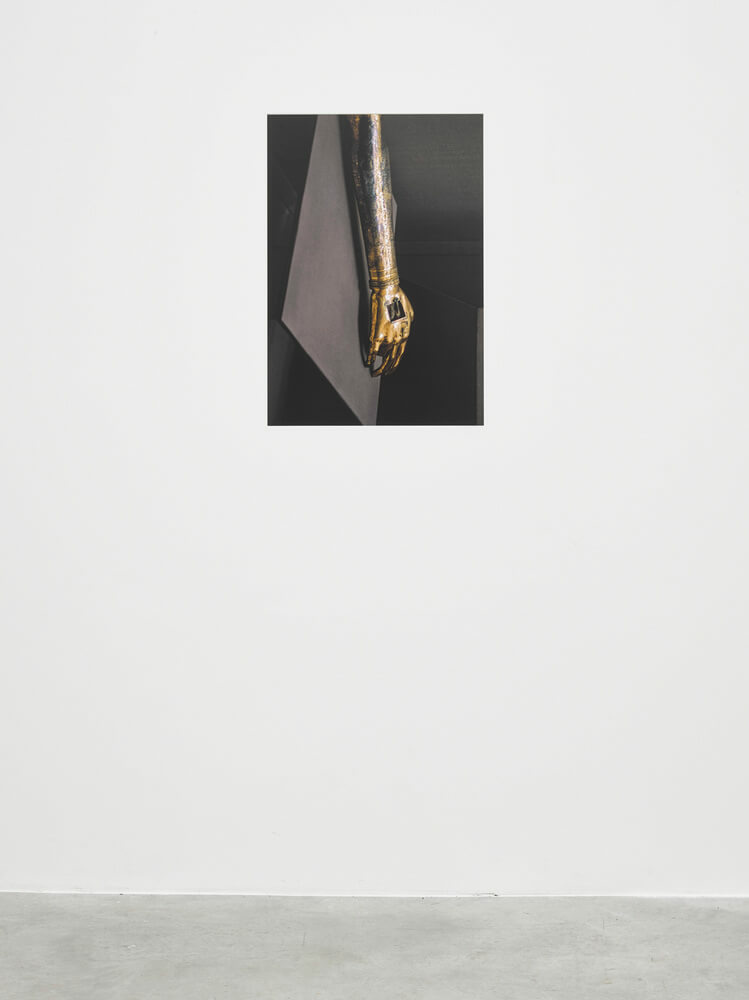 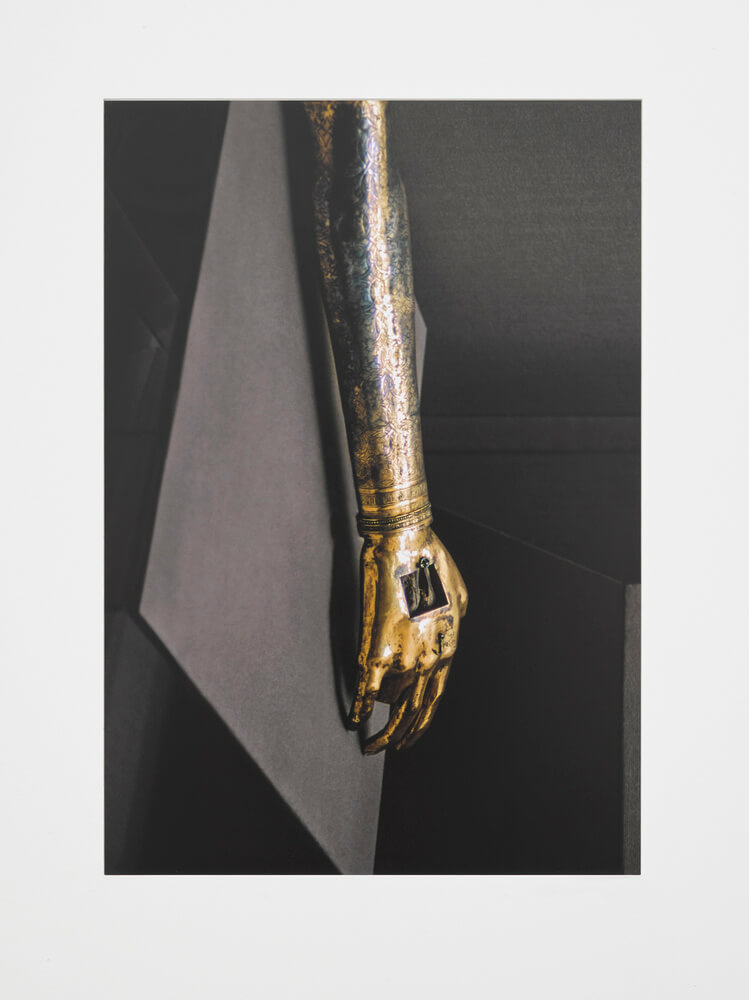 Allora & Calzadilla’s ‘Foreign in a Domestic Sense’ features sculpture, performance, photo and video works.  The exhibition continues the artists’ ongoing investigation into the politics of language in public speech. In this new body of work, the uncanny vibrancy of the gestural interacts with a wide range of materials (bat guano, copper, ceramic, wax, electric transformers and industrial remnants). Moving from the performative to the indexical and back, Allora & Calzadilla take the social, political and cultural as a conceptual base and juxtapose it to the incorporated singularity of the human voice.

Conceived in dialogue with Puerto Rican Light (Cueva Vientos), a long-term, site-specific Dia Art Foundation commission in Guayanilla- Peñuelas, Puerto Rico, ‘Foreign in a Domestic Sense’ activates the linguistic, biological and physical forces at play in Puerto Rico’s geopolitical reality. As a ‘non-incorporated’ territory of the United States, the island is in the midst of a punishing debt and energy crisis that has brought to a head the legacies of colonialism and its complicity with global financial capitalism.

The oxymoron “foreign in a domestic sense” was first used by United States Supreme Court Justice Edward E. White in the 1901 Downes v. Bidwell case; the ruling that gave legal sanction to the US colonisation of foreign territories through the ambiguous formulation of territorial non-incorporation. [1] In a decision involving the foreign taxes oranges from Puerto Rico entering the port of New York should be subjected to, Supreme Court Justice White reasoned that “while in an international sense Porto Rico was not a foreign country, since it was subject to the sovereignty of and was owned by the United States, it was foreign to the United States in a domestic sense, because the island has not been incorporated into the United States, but was merely appurtenant thereto as a possession.” [2] For more than a century, this equivocation has been the basis for Puerto Rico’s uneven access to constitutional rights and sovereignty.

Allora & Calzadilla explore how the paradox contained in the phrase “foreign in a domestic sense” effectively constructs social and political relationships that legitimate authority while obscuring sites of conflict and struggle. Through a consideration of the material and sensorial byproducts it generates, the exhibition is an exercise in the formal and conceptual expression of this contradiction. Substitution, analogy, metaphor and displacement are thus mobilised to redirect the flow of power continuously running between the two parts – the incorporated and the non-incorporated, and the foreign and the domestic.

By invoking seemingly antagonistic art-historical models – from the technological experiments of Russian constructivism to the base materialism of Bataillean surrealism and the cybernetic systems aesthetics of Jack Burnham, as well as the entropic geographies of Robert Smithson – ‘Foreign in a Domestic Sense’ participates in contemporary discussions regarding the power of things and materials to operate beyond the scope and frame of the human, while insisting on an urgent geopolitical awareness about the conditions of Puerto Rico and kindred territories in the global south.

The artists’ new work Blackout incorporates both sculptural assemblage and a vocal performance. Taking the event of an electrical blackout as a compositional directive, Allora & Calzadilla have worked with American composer David Lang to create a sonorous matrix that spans  human and mechanical sources. The composition mains hum (2017), performed by the choral ensemble MUSARC, will take place each Saturday at 11.30am and 1.30pm during the exhibition, with additional performances from 6.30pm on Thursday 5 October as part of Frieze London’s West End Night and on Sunday 8 October at 11.30am and 1.30pm.

[1] The Insular Cases are a group of fourteen decisions of the period of 1901-1904, collectively known as the Insular Cases, that involved the application of the Constitution and the Bill of Rights to overseas territories. The cases arose after the United States acquired island territories after the Spanish-American War (1898). The nation’s determination to become a world power, as evidenced by the war and the acquisition of foreign territories, received overwhelming popular endorsement in the presidential election of 1900.  The Insular Cases translated the political dispute into the vocabulary of the Constitution, with the Supreme Court eventually echoing popular sentiment. Hall, Kermit L. (ed.), The Oxford Guide to United States Supreme Court Decisions (New York: Oxford University Press), 1999. See also Burnett, Christina Duffy and Burke Marshall (eds.), Foreign in a Domestic Sense: American Expansion and the Constitution (Durham/London: Duke University Press), 2000.

[2] Downes v. Bidwell, 182 U.S. at 341-42 (White, J. concurring). Downes, one of the Insular Cases of 1901, created the doctrine of "territorial incorporation" to justify keeping the then-newly acquired territories, without the intent of incorporating them into the Union as states. Recent Publications, 23:561 Yale Journal of International Law, 1998.

To read more about the artworks in this exhibition, please click here.