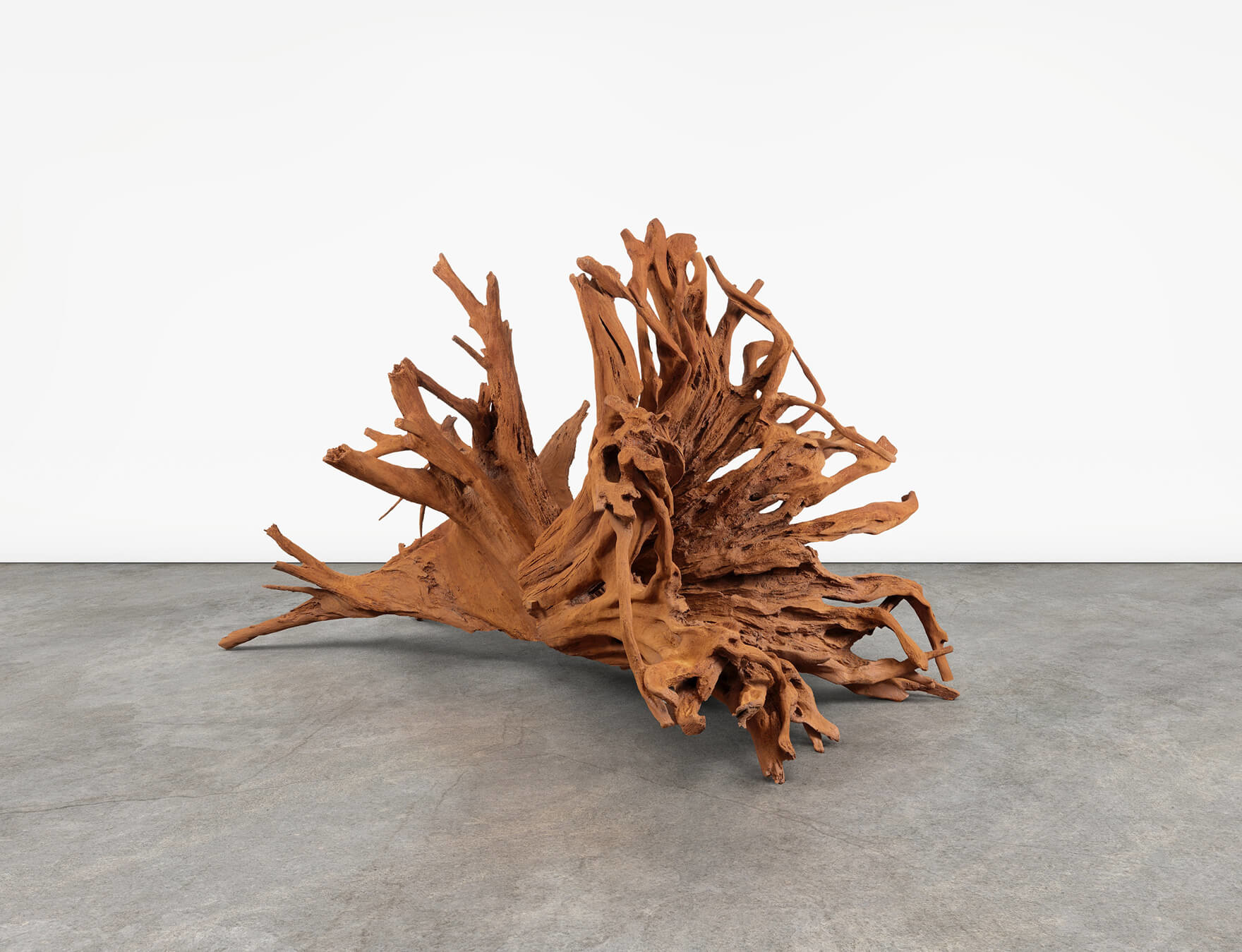 Ai worked with local artisans and communities across Brazil, visiting Trancoso in the east to locate roots and trunks from the endangered Pequi Vinagreiro tree, typically found in the Bahian rainforest. Elements of these rare tree roots, some of which could be over a thousand years old, were painstakingly moulded, conjoined and then cast to create striking compositions and bold forms that reflect their Brazilian heritage. While some resemble great jungle beasts or fantastical creatures, such as the three- and four-legged works Fly and Level, others including Party and Martin (all 2019) consist of shattered, exploded root forms radiating outwards from a central nexus. The titles all came as suggestions from Ai Weiwei’s young son Ai Lao, based on his personal observations or connections made when visiting these tree remains with his father, adding to the sense of surreal displacement and alien disjointedness in the exhibition. This incongruous atmosphere speaks further of the works’ depiction of the state of ‘uprootedness’, one that mirrors not only the artist’s peripatetic existence after being allowed to leave China in 2015, but also the plight of the refugees he has spent the last few years documenting, as well as the various indigenous populations that rely on the trees and forests of Brazil for their habitats and sustenance. The deforestation and concomitant purge of peoples and resources relates to previous bodies of work produced by Ai and to the current political realities of many countries, including his native China.

The material employed in making the Roots series – cast iron covered in a patina of orange rust – likewise responds to ancient cultures and man’s first tools for tree felling and woodworking, rather than to the recent, more polite art history of bronze or steel sculpture. Although originally contorted by their surrounding landscapes, these roots were not born of nature but made and crafted by human hands, using the ancient techniques of ‘lost wax’ moulding and then iron casting. These methods represent a traditional, largely bygone way of life that has been usurped and upended by industrialisation and relentless modernisation, illustrating how progress can often come at the expense of cultural and societal well-being.

Contrasting with these heavy, land-bound creatures is a number of floating figures, clouds and dream-like vignettes. Ai has been producing delicate sculptures from stretched silk over bamboo armatures for the past five years, employing a group of Chinese kite makers based in Weifang, a city in Shandong province. Purported to have been invented in China around 500 BC by a carpenter and a philosopher, the kite has held many functions throughout history from measuring distances or wind speed, to communication and military usage. Ai’s kites refer back to a mythological encyclopaedia of monsters and creatures known as Shan Hai Jing (the Classic of Mountains and Seas) that also pre-dated Christianity, which depicts fantastical hybrids of chimera, gorgons, unicorns, dragons and griffins. Alongside this bestiary, Ai has added personal and childhood symbols, as well as references back to his own works – Surveillance Camera and his one-fingered salutes, the Study of Perspective series – and those of his influences, including Marcel Duchamp and Vladimir Tatlin.

Finally, the show ends with a development of Ai’s experimentation with LEGO bricks. These new wall-based works feature politically-charged, pixelated renderings of the trajectory of a refugee boat refused docking at Lampedusa after two weeks at sea, the front page of the Mueller report into Russian interference in the 2016 US Presidential election, as well as a deconstructed symbol of the contentious protests of Tiananmen Square in 1989.

A new book, also entitled Roots – featuring contributions from nature writer Robert Macfarlane; the curator of ‘Raiz’, Marcello Dantas; the Chair of Asian Art at the Museum of Fine Arts Boston, Christina Yu Yu; Brazilian anthropologist Lilia Moritz Schwarcz among others – will be published by Distanz on the occasion of this exhibition, which is presented in collaboration with Ai’s Berlin gallery, neugerriemschneider. 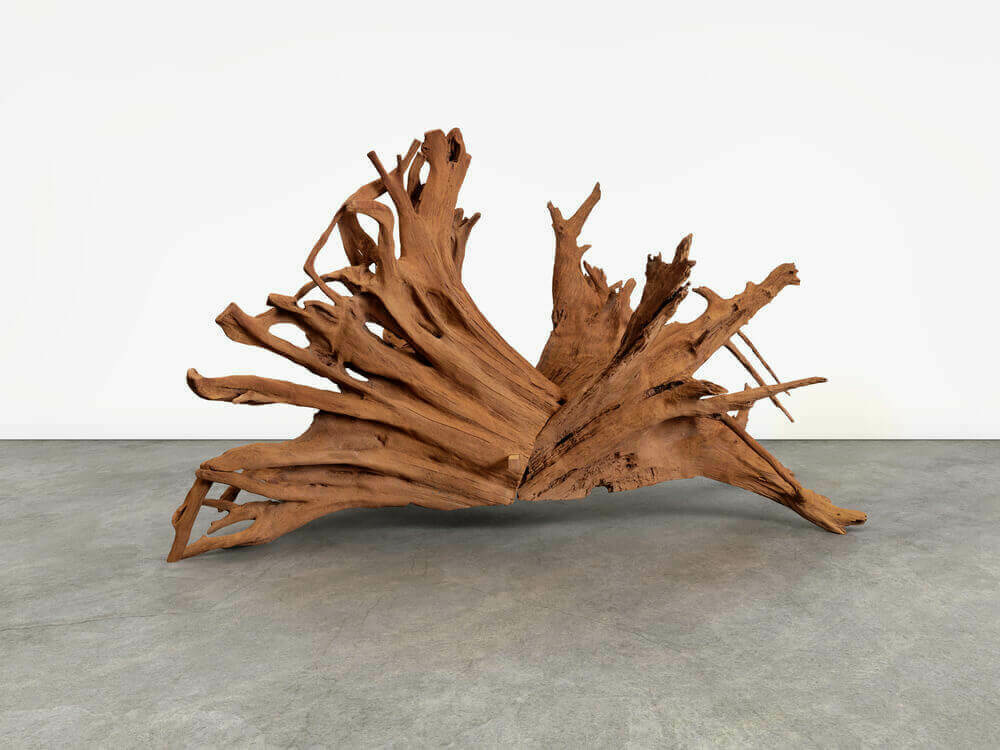 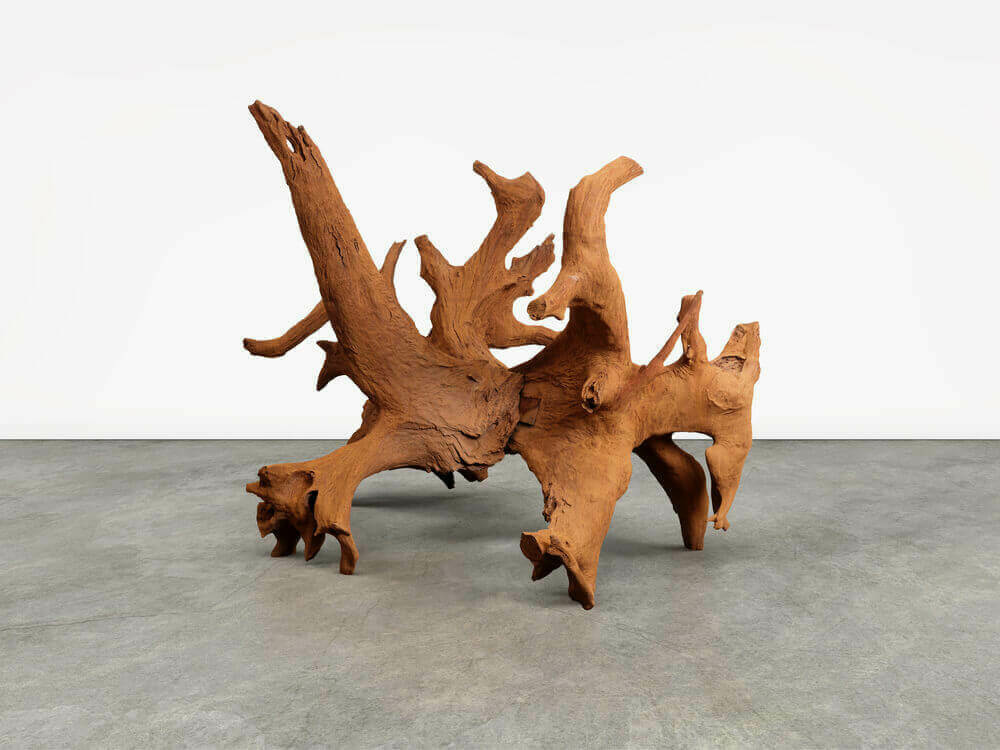 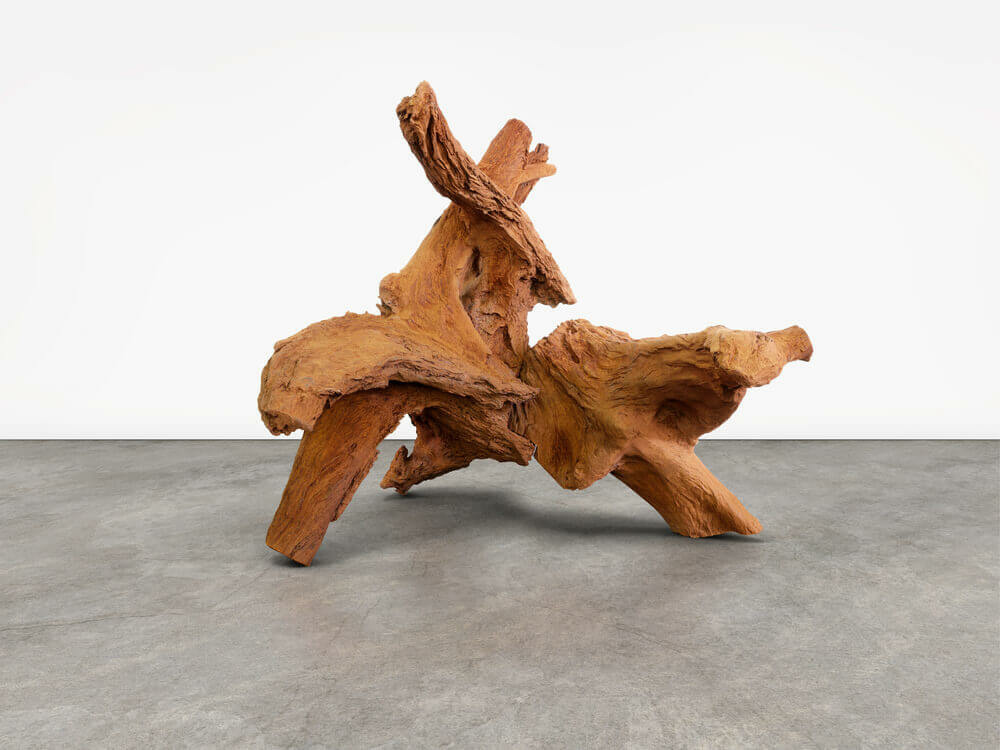 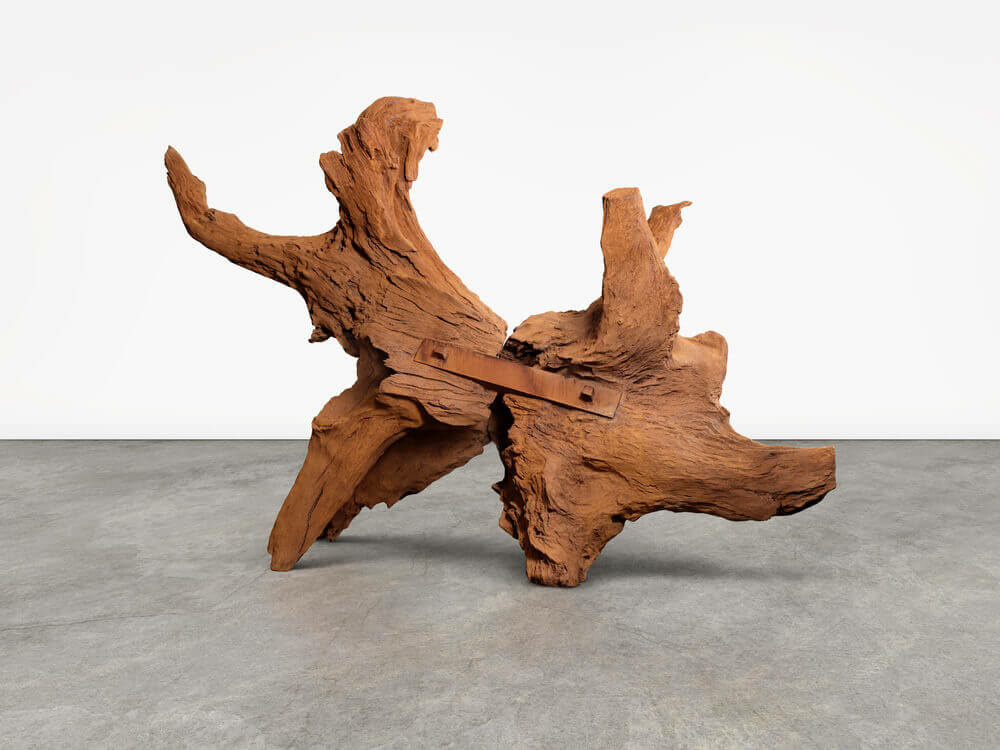 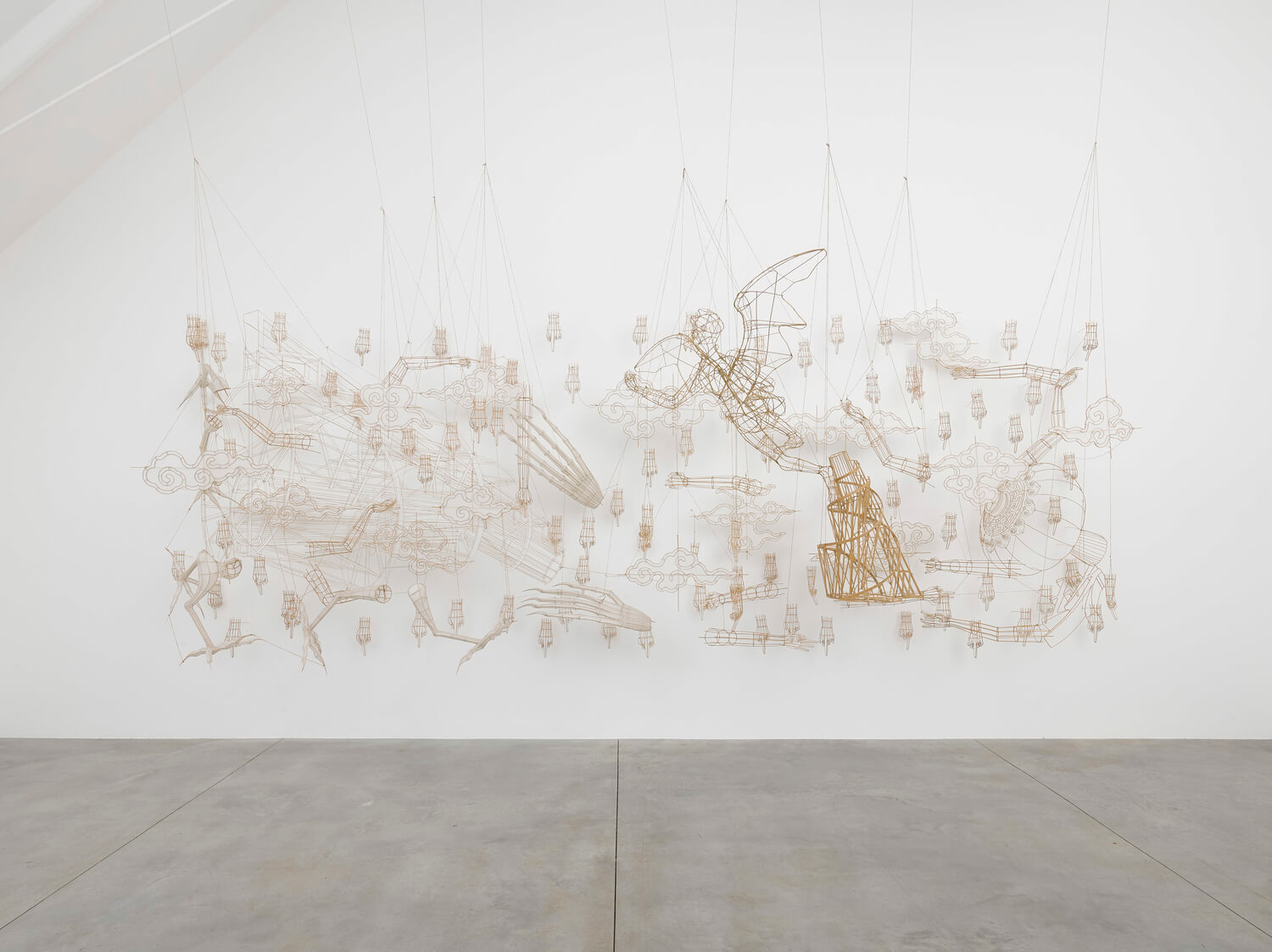 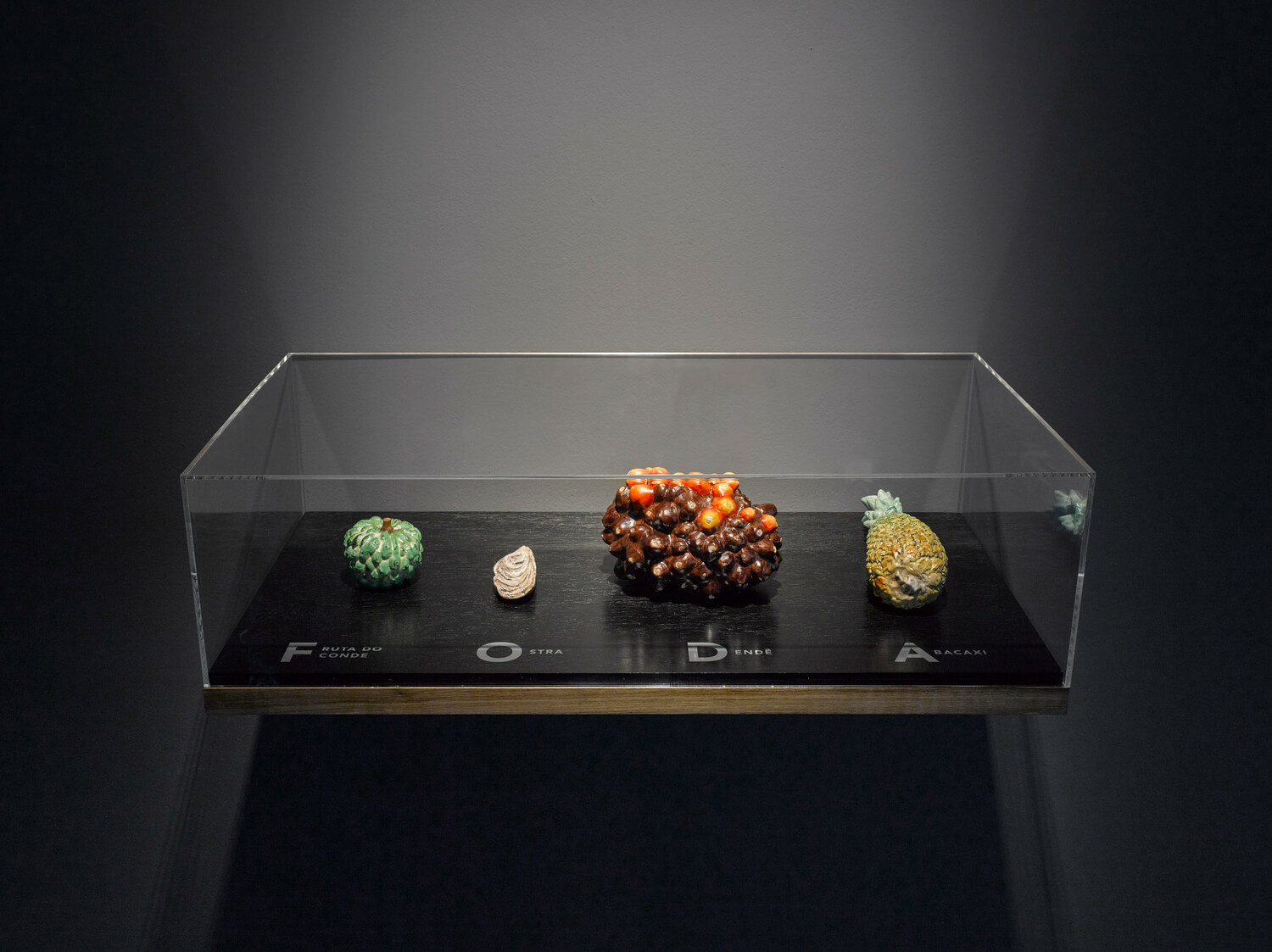 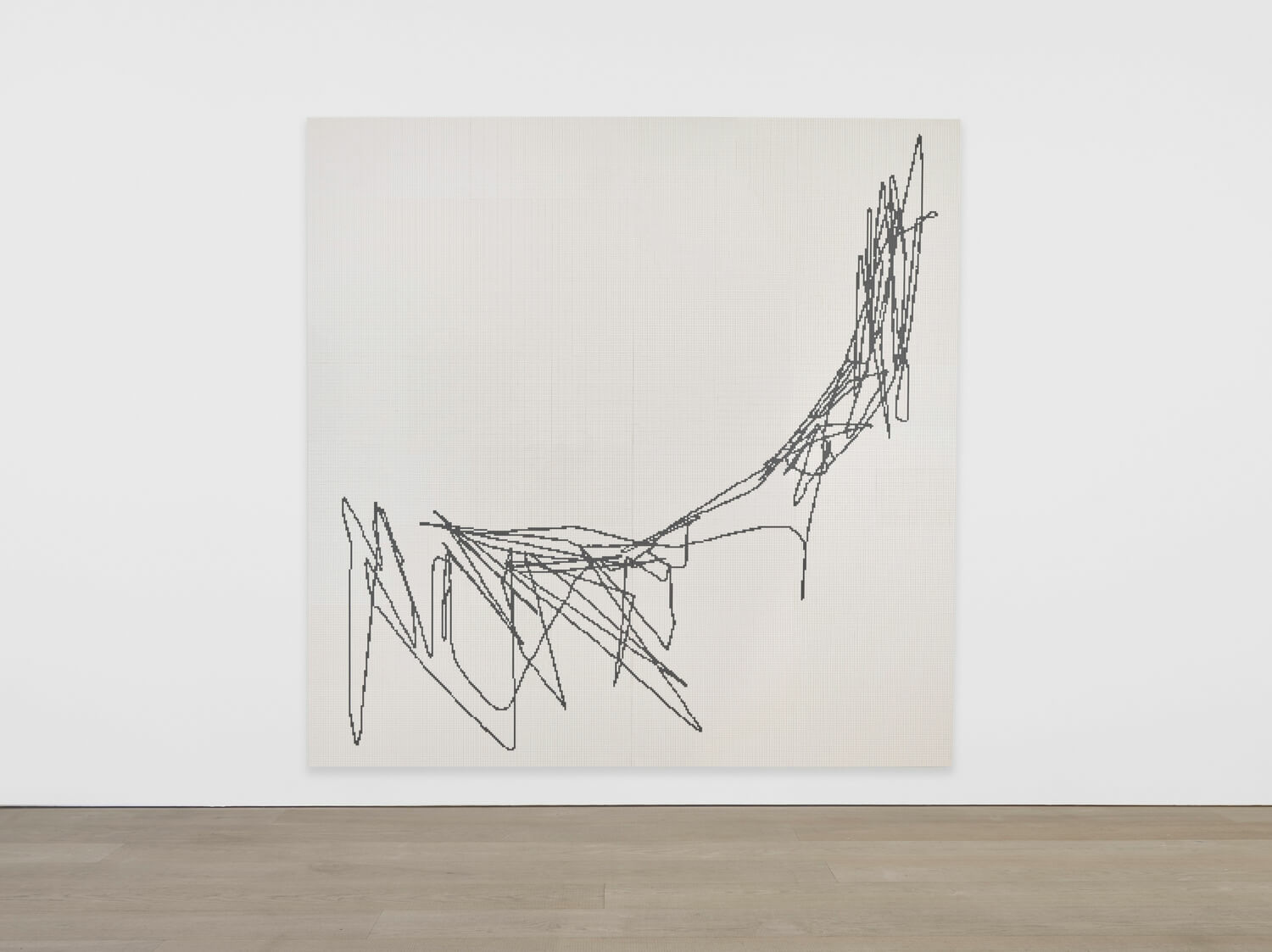 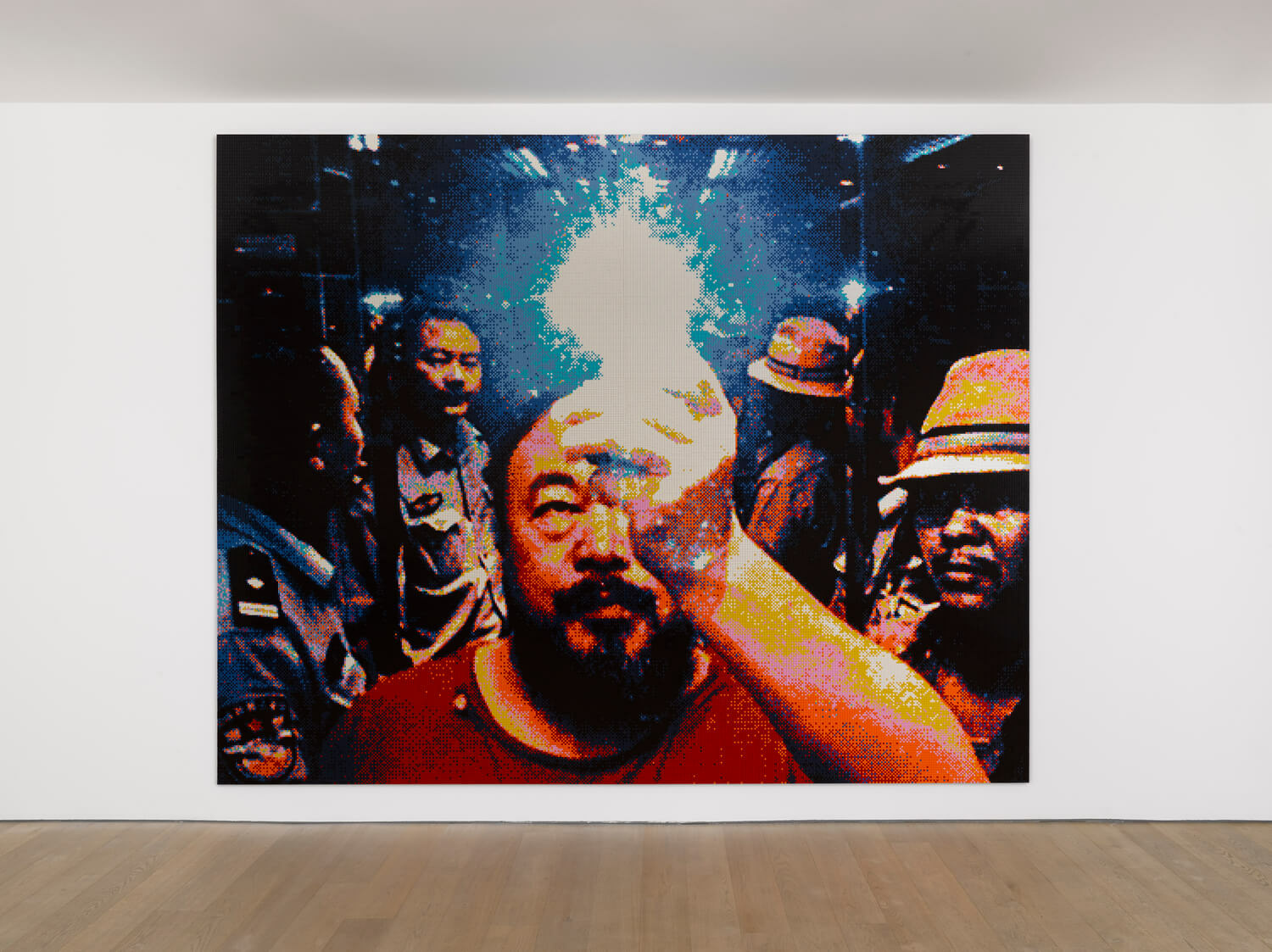 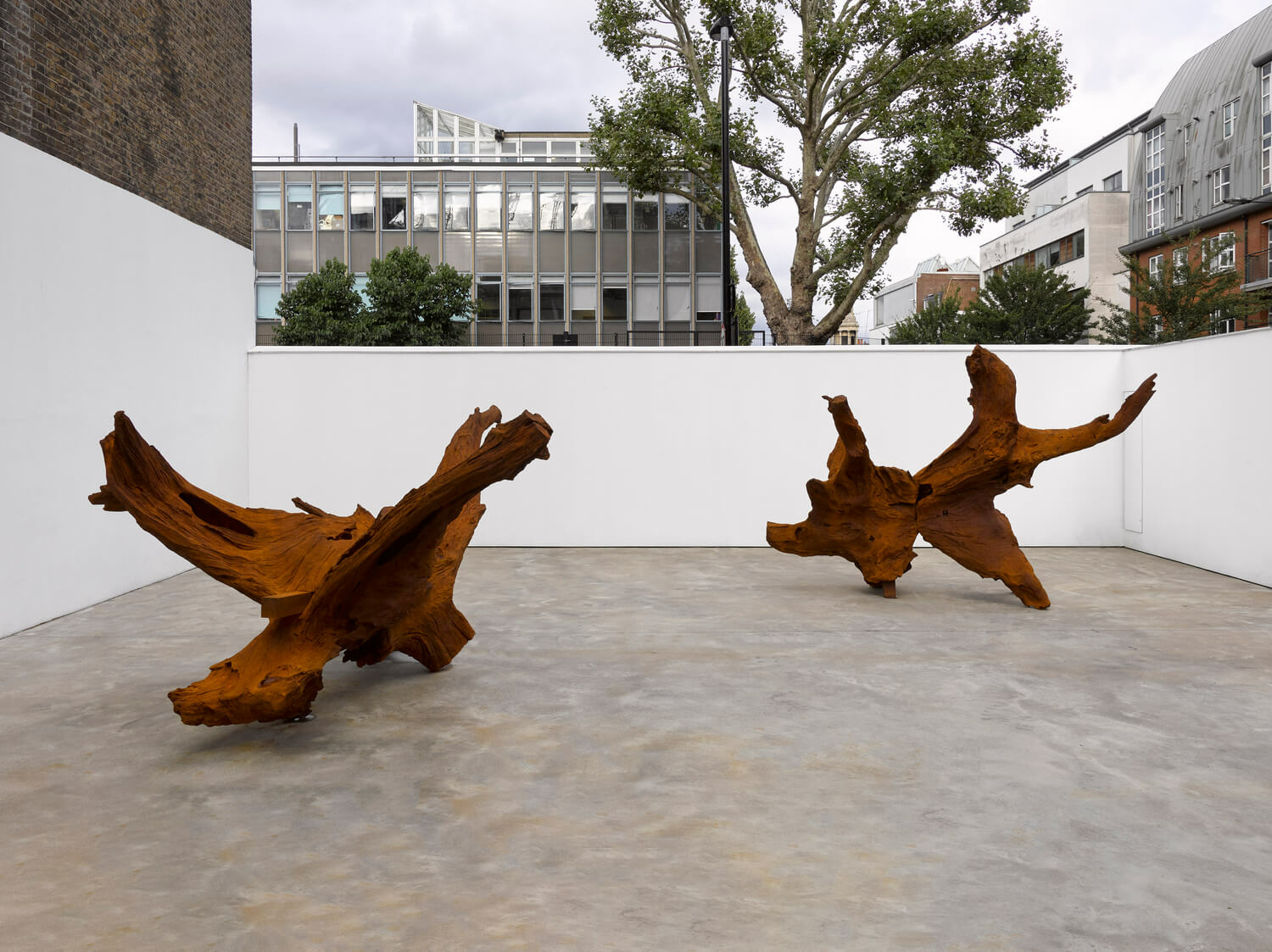 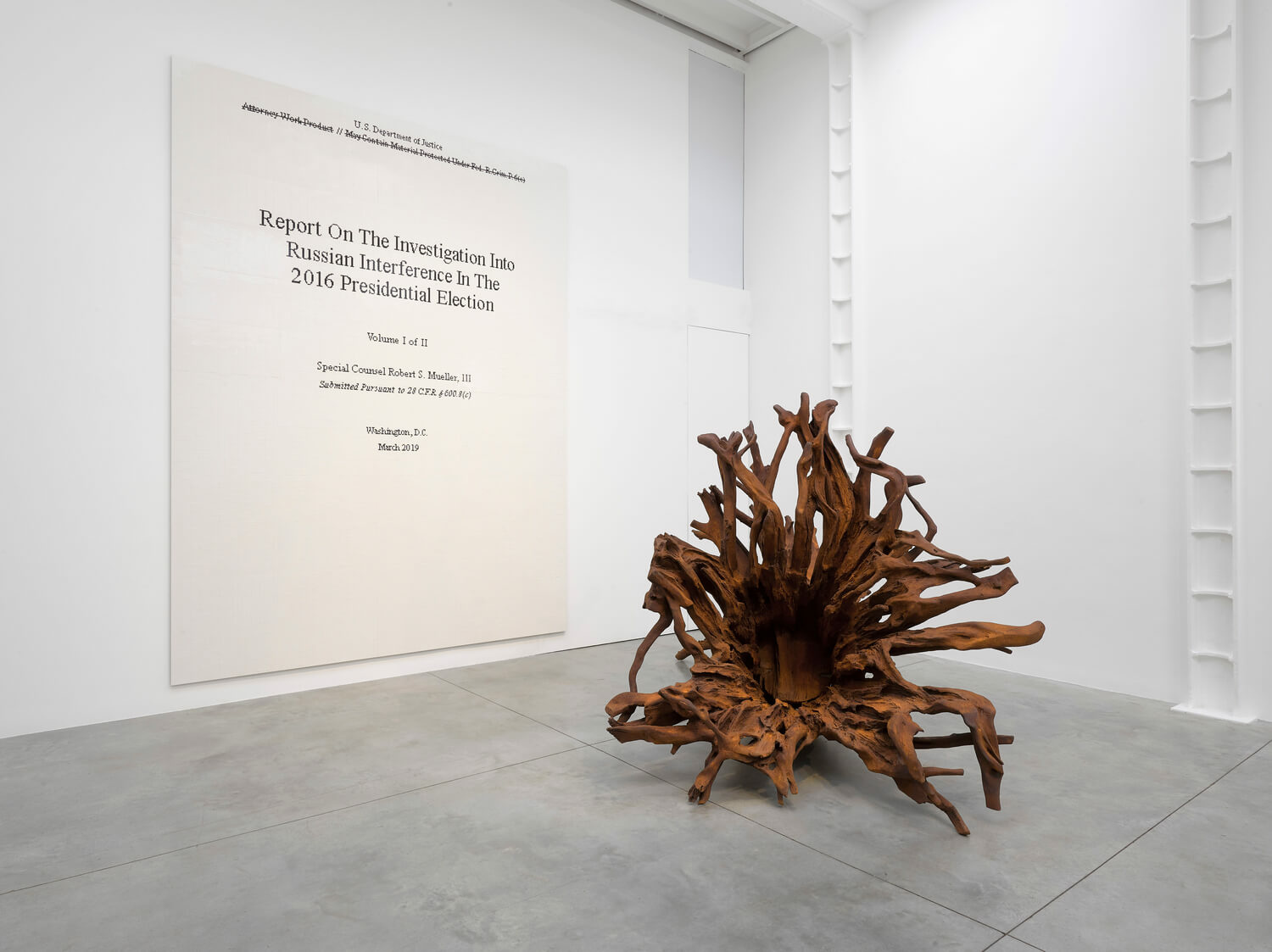 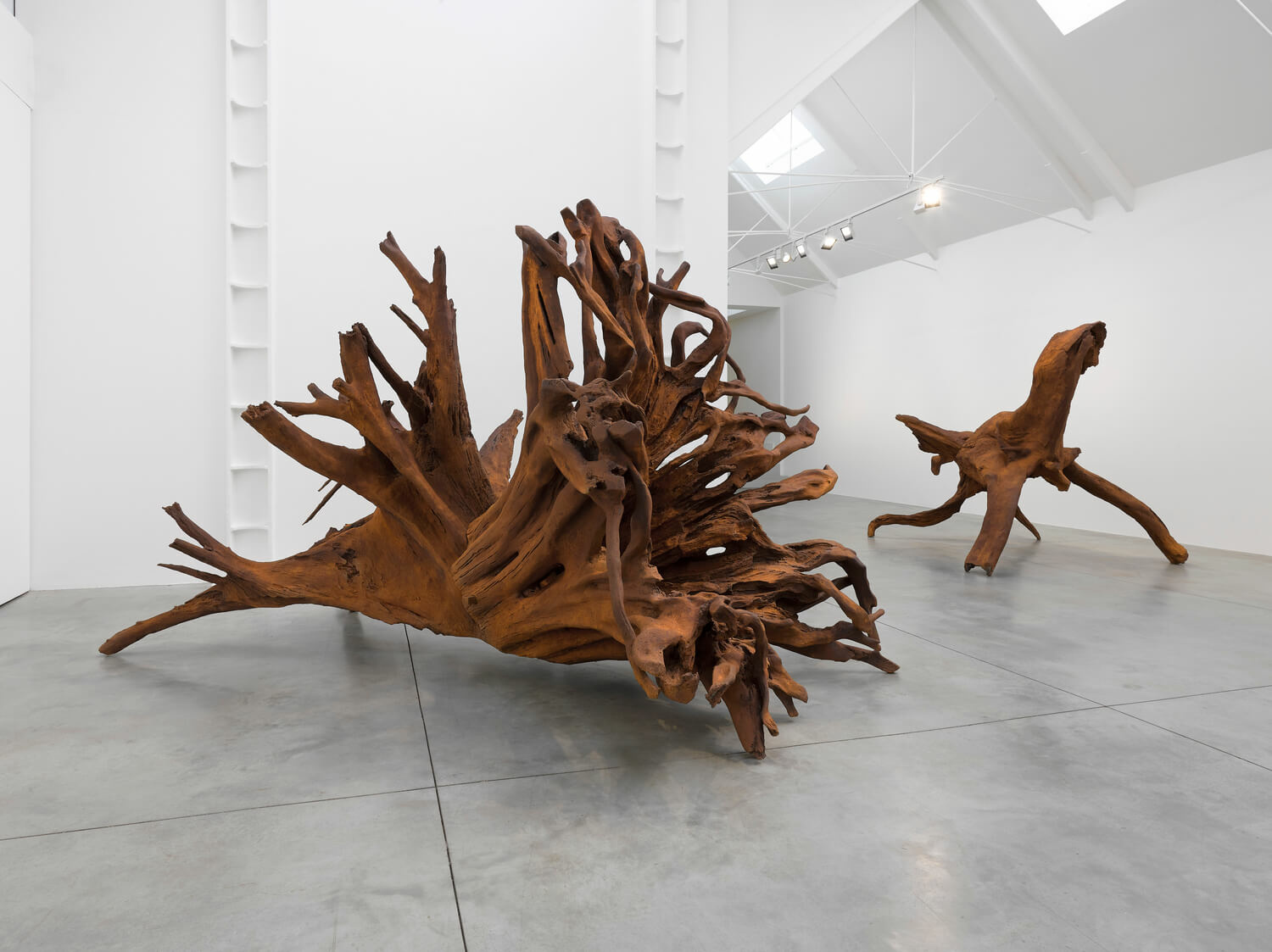 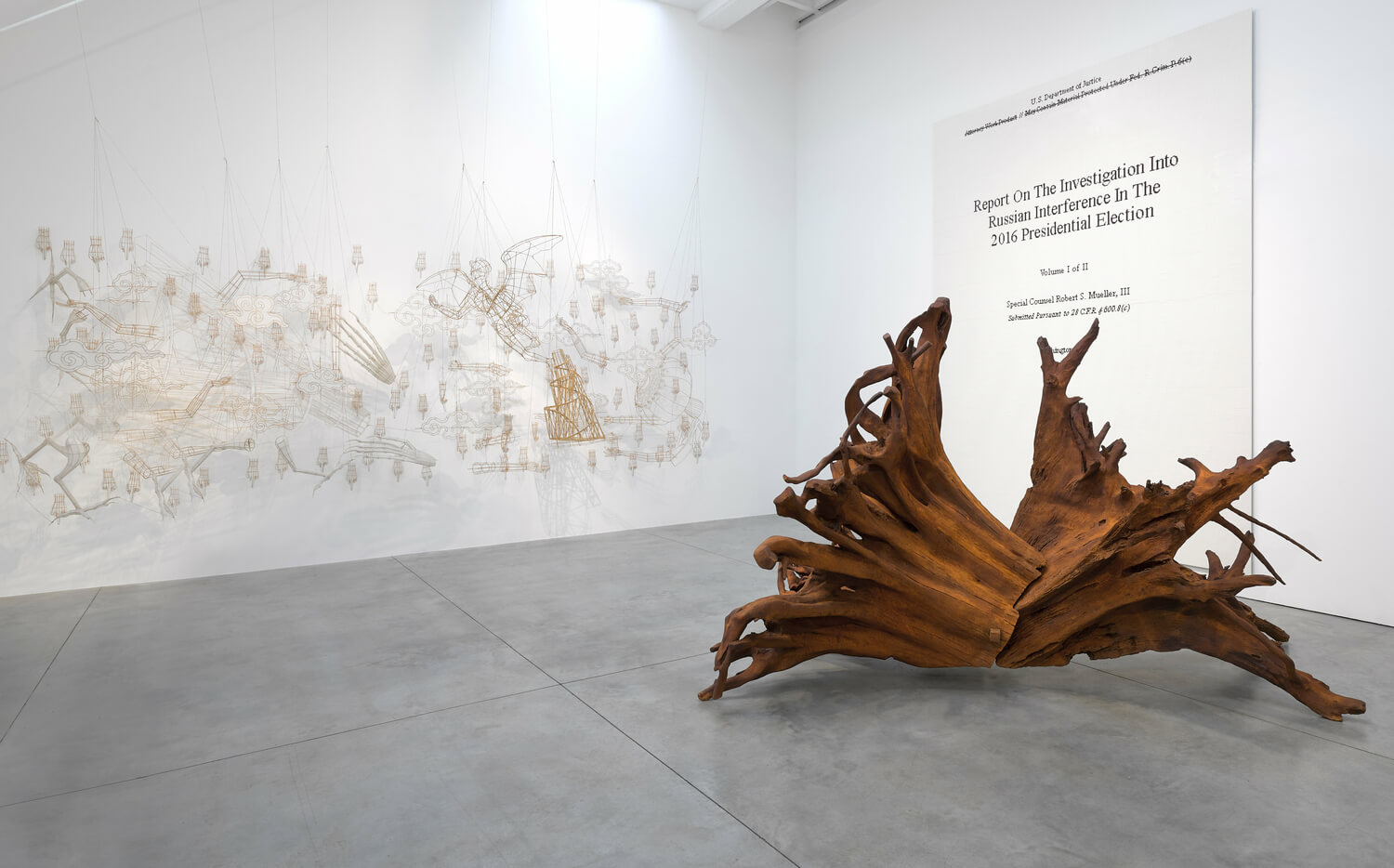 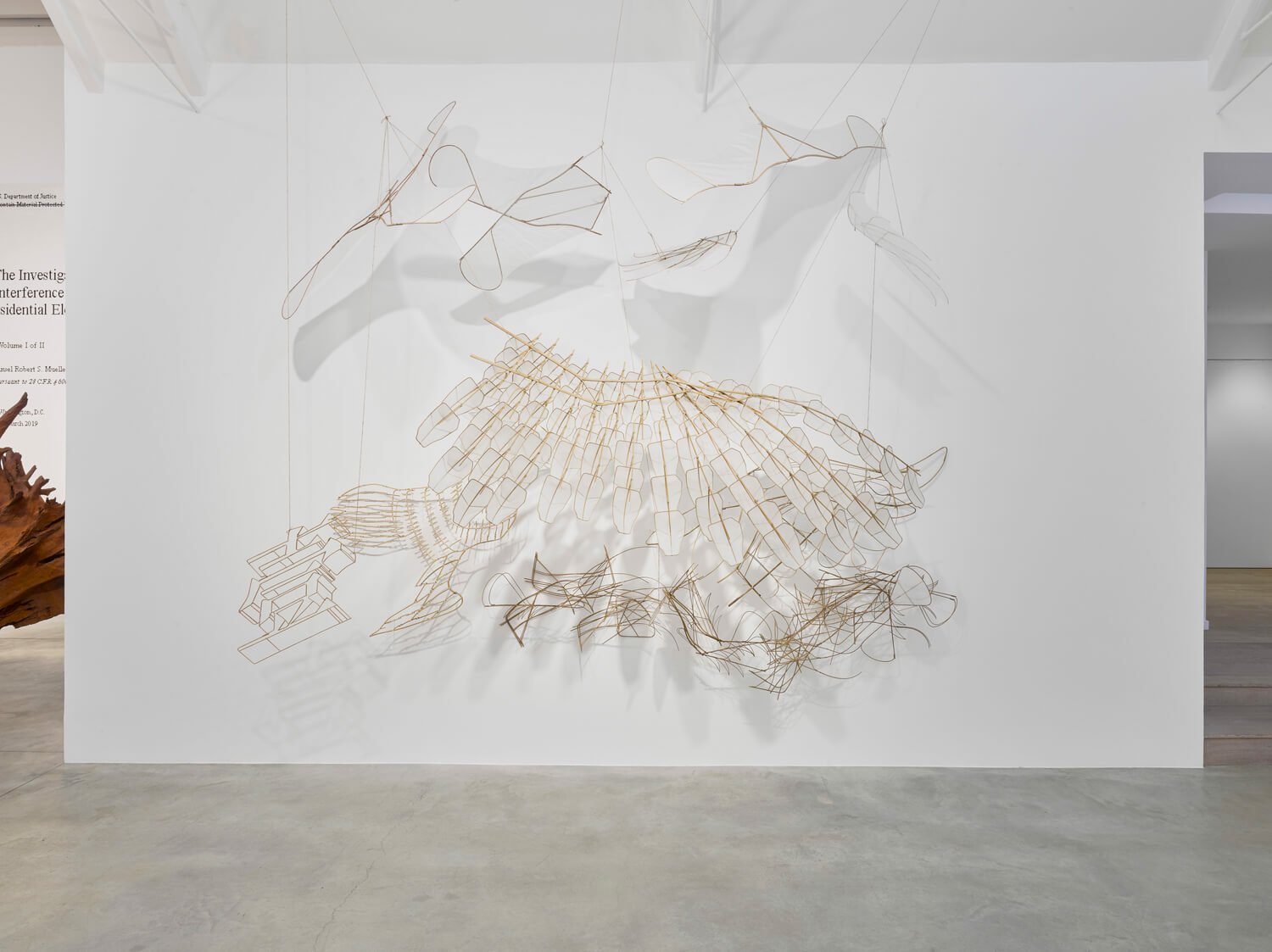 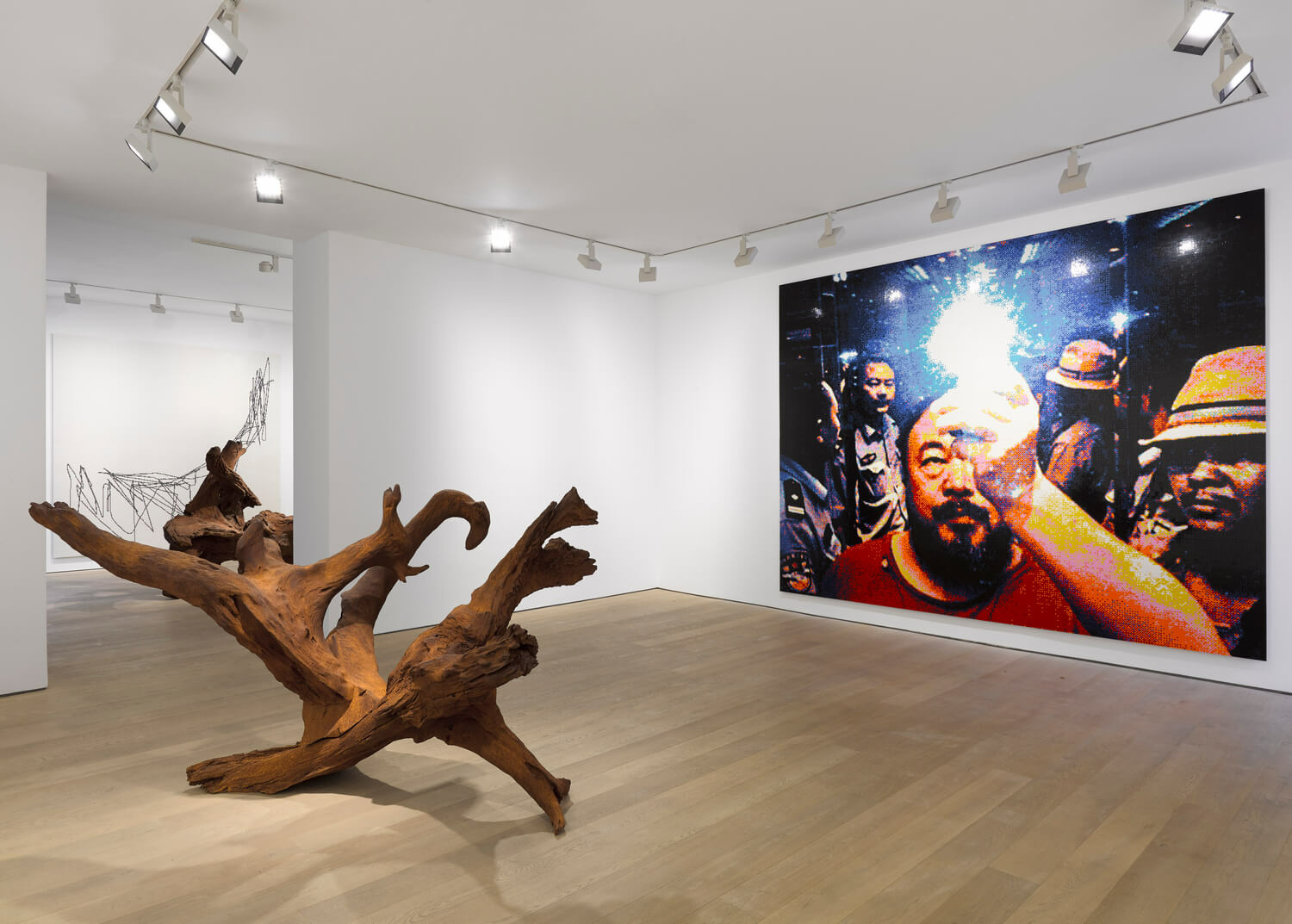 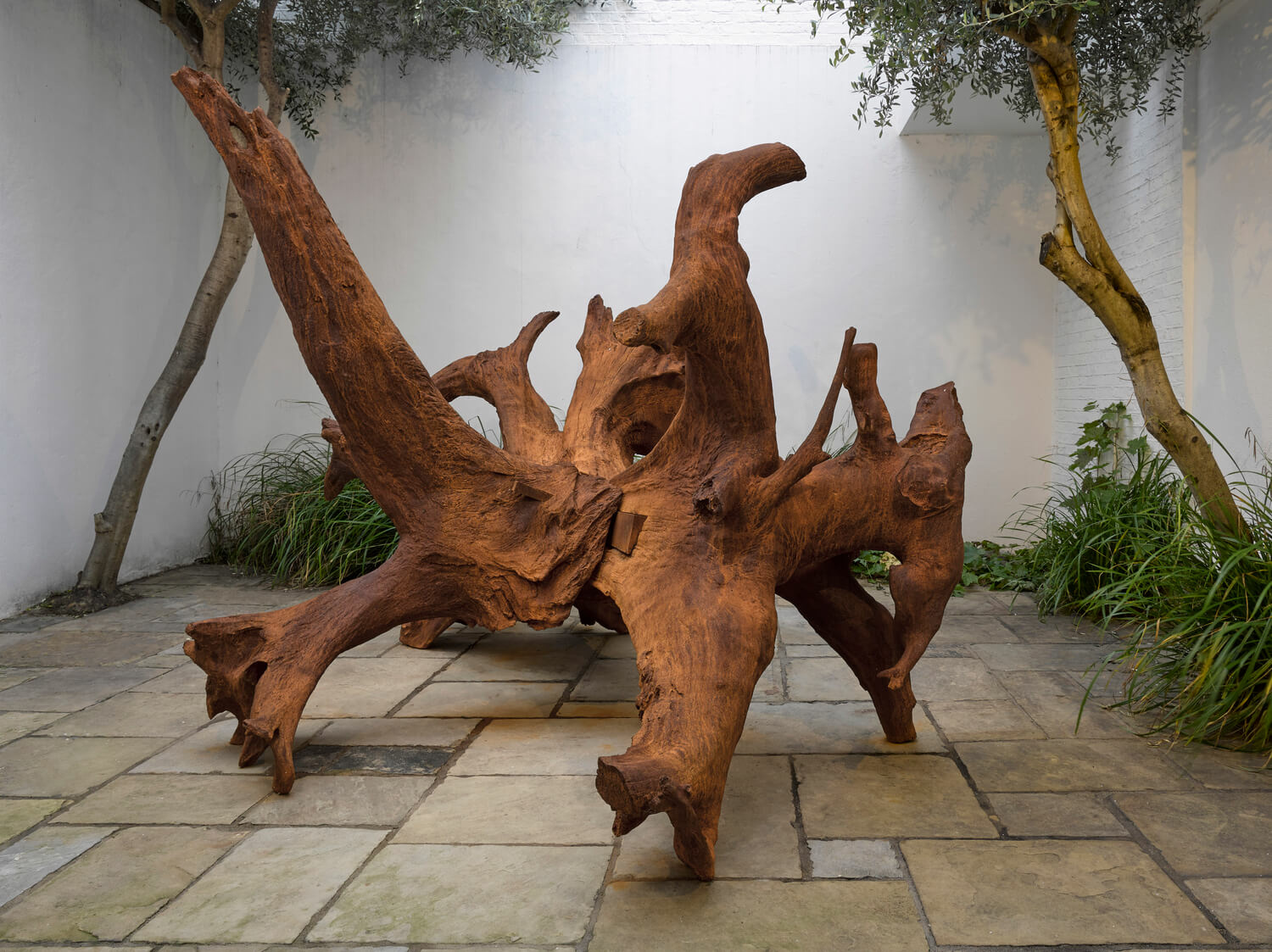 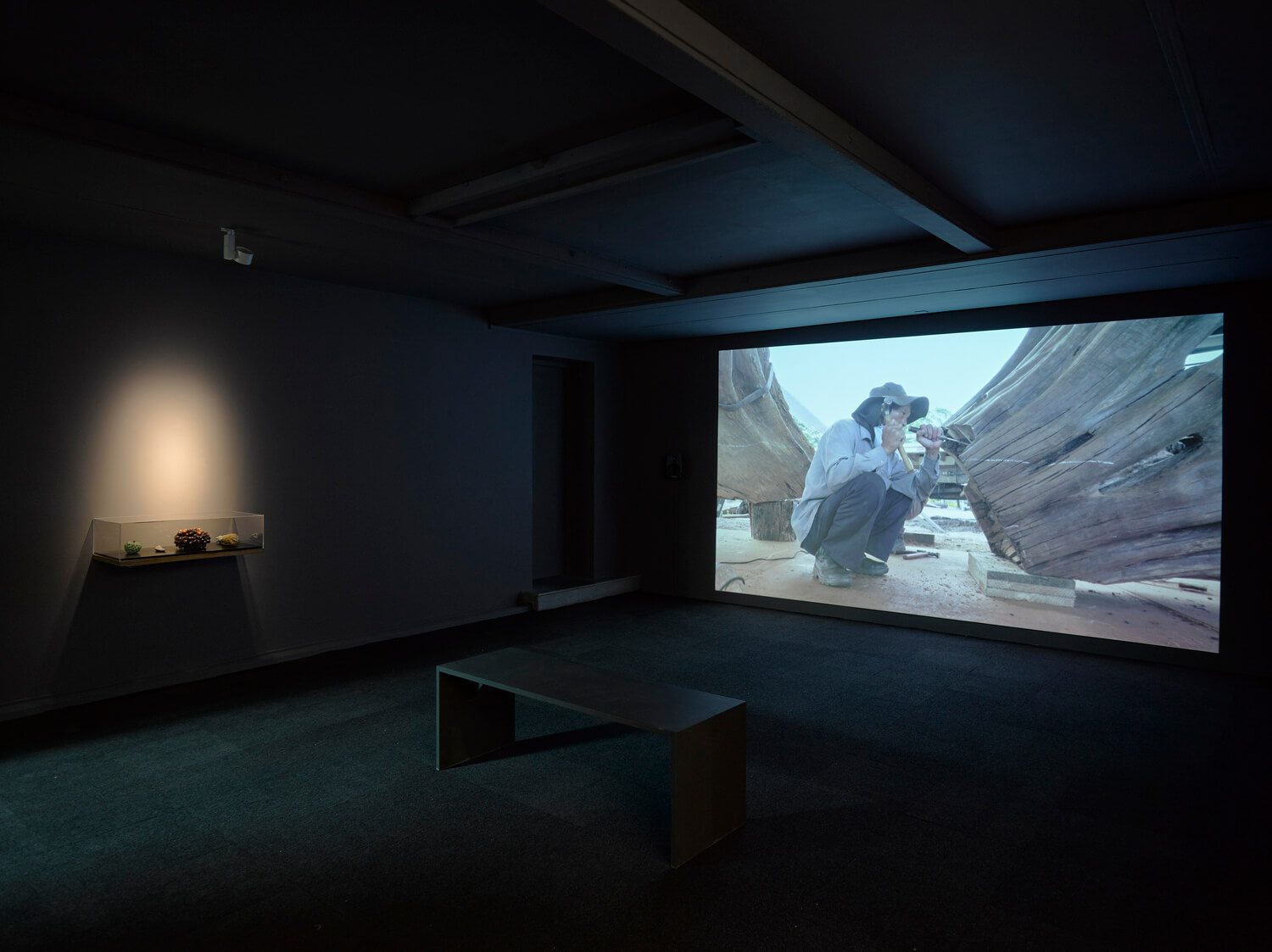