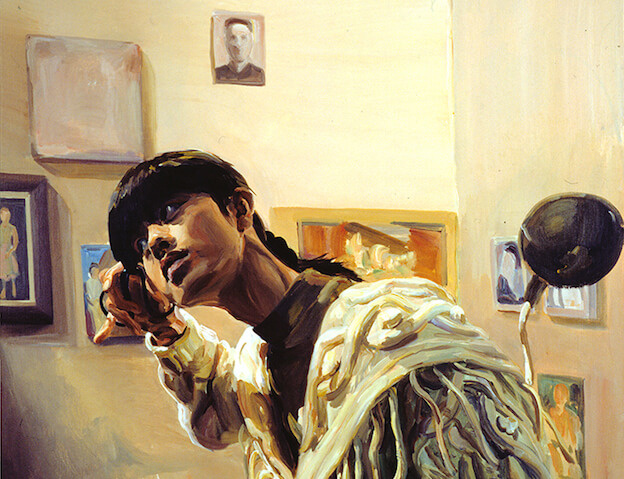 Lisson Gallery’s summer exhibitions continue the gallery’s long-running commitment to presenting new art and new approaches to art as defined by guest curators. This year, curator Victor Wang offers a fresh interpretation and alternate trajectory for the development and genealogy of dangdai yishu (the Chinese phrase for ‘contemporary art’) as an open and discursive term, rather than a temporal or geographical definition. Taking a critical distance from established movements and narratives, ‘Afterimage: Dangdai Yishu’ brings together work by several generations of artists born between 1960 and 1990. It includes seminal figures Wang Youshen, Yu Hong, Lin Tianmao and Xiang Jing, as well as a new generation of practitioners Shen Xin, aaajiao, Li Binyuan, Ma Qiusha and Zhao Zhao, some of whom have not shown in the UK before.

Employing a framework of critical research rather than prior validation and repositioning both Chinese and Euro-American assumptions, ‘Afterimage: Dangdai Yishu’ attempts an overdue appreciation of the impact and lineage of what Wang calls the ‘post-figurative condition’ or hou juxiang zhuangtai, set in motion by China’s ’85 New Wave movement, and now reflected in the current artistic scene in China. Although denied a prolonged dialogue with 20th century Modernism, the threads and development of video (yingxiang yishu), installation (zhuangzhi yishu) and performance art (xingwei yishu) in Chinese contemporary art are more entangled and rich than would be suggested were they mere by-products of Western art-historical concepts or of the artistic and political upheaval following the Cultural Revolution.

Many important local concepts and artists emerged from an era of experimentation during the 1980s, including Yu Hong, a painter who began her annual ritualised acts of self-portraiture, entitled Witness to Growth, in 1999 (pictured above is a detail of Twenty-six years old: A photo showing a scene in the film “The Days” 1992, 2001), in which she depicts herself or a personal event, in tandem with a contemporaneous newspaper story or magazine article from the same year. Wang Youshen was also active in the early 1990s, making similarly timely political statements including an audacious pasting of newspaper pages across an entire section of China’s Great Wall – an act of cultural commentary, or perhaps restoration, which he will be recreating across various walls of the Lisson Gallery.

A younger generation born after those tumultuous years and working within a global context will also be represented in the show, from aaajiao, whose DIY wall-coverings are infested with 404 messages from blocked websites from the continuing era of internet censorship within the so-called ‘great firewalls’ of .cn, to the nuanced video portraits depicting the diversity of ethic groups found in the contested region of Xinjiang, an inspection of nationhood and alienation by Zhao Zhao.

Instead of simply defining Chinese art by geography or dividing it into pre-modern and post-modern, Wang proposes a lineage in which decades of figurative art and teaching have resulted in the conditions necessary for the current period of post-figuration, through interdisciplinary practices with pluralistic outputs. In relation to Chicago-based Professor Wu Hung’s theories of a globalised and ‘deterritorialised’ Chinese art landscape – partly expounded in his book Making History of 2008 – Wang posits a ‘transcategorical’ tendency linking the profusion of media, identities and nationalities within his grouping of dangdai yishu, as he explains in his curatorial statement:

"The exhibition 'Afterimage: Dangdai Yishu' is divided into several interrelated chapters, in order to examine a moment in Chinese contemporary art that signifies both a break with the tradition of aesthetic artistic value based on technical skills that has been advocated by Chinese art academies from the twentieth century onwards and the gradual shift into new subjectivities that resist traditional concepts relating to artistic medium, authorship and meaning, which can be understood as hou juxiang zhuangtai 后具象状态, or the ‘post-figurative condition’, in contemporary Chinese art.

Following the radical transformations set in motion by China’s ’85 New Wave movement in the 1980s, and the subsequent post-reform policies, the early 1990s and the early 2000s saw several radical developments in the visual arts. Among them was the broad exploration of artistic techniques that readdressed or countered the standardized forms of art education in the region, centred on teaching technical skills from the academies. There was also an acceptance of the concept that all materials, not just the traditional ones used in painting, calligraphy, writing and sculpture, could be used to make a work of art, as well as an increased access to video-making technologies and the rise of artistic movements, temporary exhibitions and socially based and ‘idea’-based art forms that embodied questions of identity, class, gender and larger socio-political relations.

Rather than a shift towards abstraction, the post-figurative condition signified a questioning of the parameters which had previously been established and the emergence of a new, undefined 'transcategorial' space in which new media and networks such as yingxiang yishu 影像藝術 (video art), zhuangzhi yishu 装置艺术 (installation art) and xingwei yishu 行为艺术 (performance art) would arise. Rather than considering these to be derivative of Western art-historical concepts, the exhibition asks whether these existing concepts, or what professor and author Wu Hung describes as ‘loan words’ from the study of Euro-American art, which are not based on “on first-hand research of Chinese art-historical reality”(1), are still serviceable in understanding the multifaceted condition and history of contemporary Chinese art, and how to continue thinking critically beyond such genealogies.

The exhibition follows these developments into the present: first, to show that a new generation of contemporary artists (born after the Cultural Revolution) can no longer be defined by geographical region or country of origin, and that new transnational identities and diasporas need to be considered against the rapid expansion of a global art network. Second, that ‘dangdai yishu’, as a Chinese contemporaneity, is both an incomplete and a dynamic extension that is only recently being understood by moving across the disciplinary formations of media, exhibition histories, artworks, institutions and waves of emigration and reworking the historical relations between them in order to formulate a critical concept that moves beyond the notion of international presentness. For the emergence of the modern period of Chinese art history did not naturally grow out of a pre-modern tradition, but rather as part of a sweeping global modernisation movement in the 19th and 20th centuries – which inscribes its ‘out-of-placeness’.

This exhibition attempts to formulate a critical referent around dangdai yishu both from below and in reverse. The hou juxiang zhuangtai 后具象状态 (post-figurative condition) can therefore be understood as a specific accelerated zhuangtai 状态 (state) that arose from the attempted reconstruction by artists in the region of a tangential replacement, through the applied understanding of art. The cataclysmic rupture of the juxiang 具象 (figurative image) occurred first through the fracturing of the concept of a self or identity both culturally and socially by rapid reform and opening-up policies, then through the injection of modernizing forces and institutions to the continued importing, translating, and censoring of foreign literature and art. Combined with significant socio-political events in the region this created the entanglement between the self-designating periodizing term contemporary art, that emerged in Euro-America after 1945, and the parallel development of the term dangdai yishu which did not emerge in China as a label until the early 1990s." 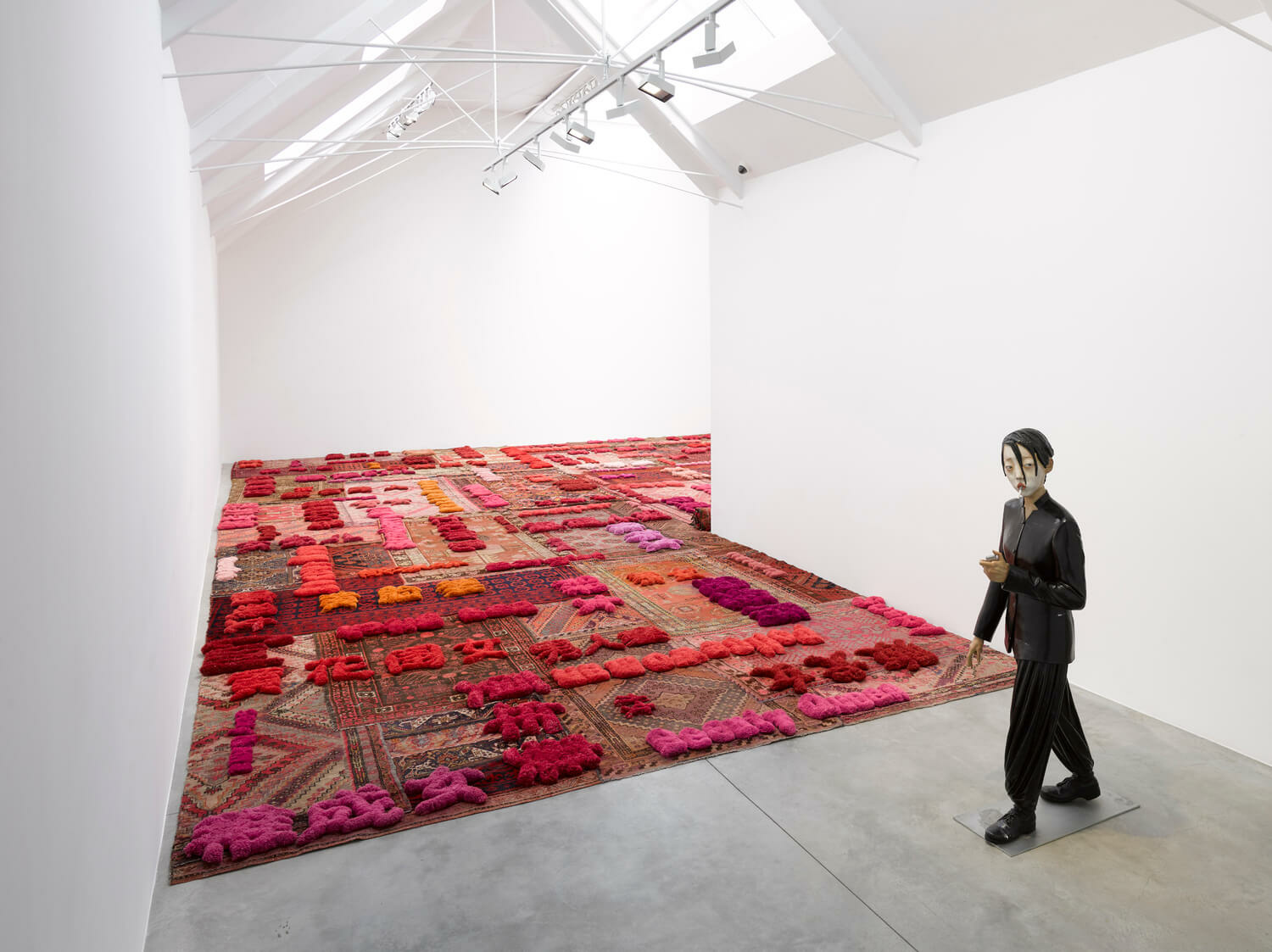 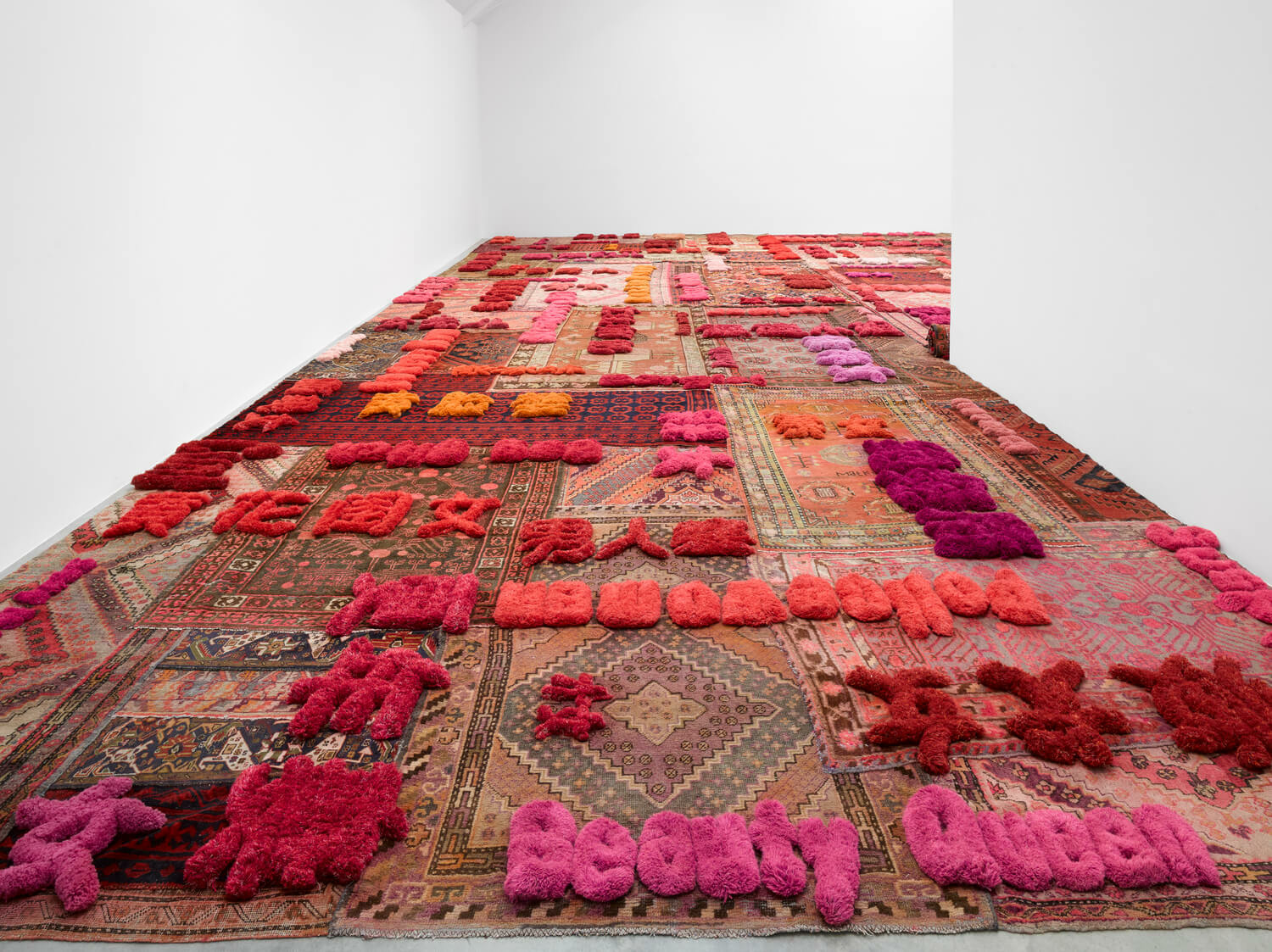 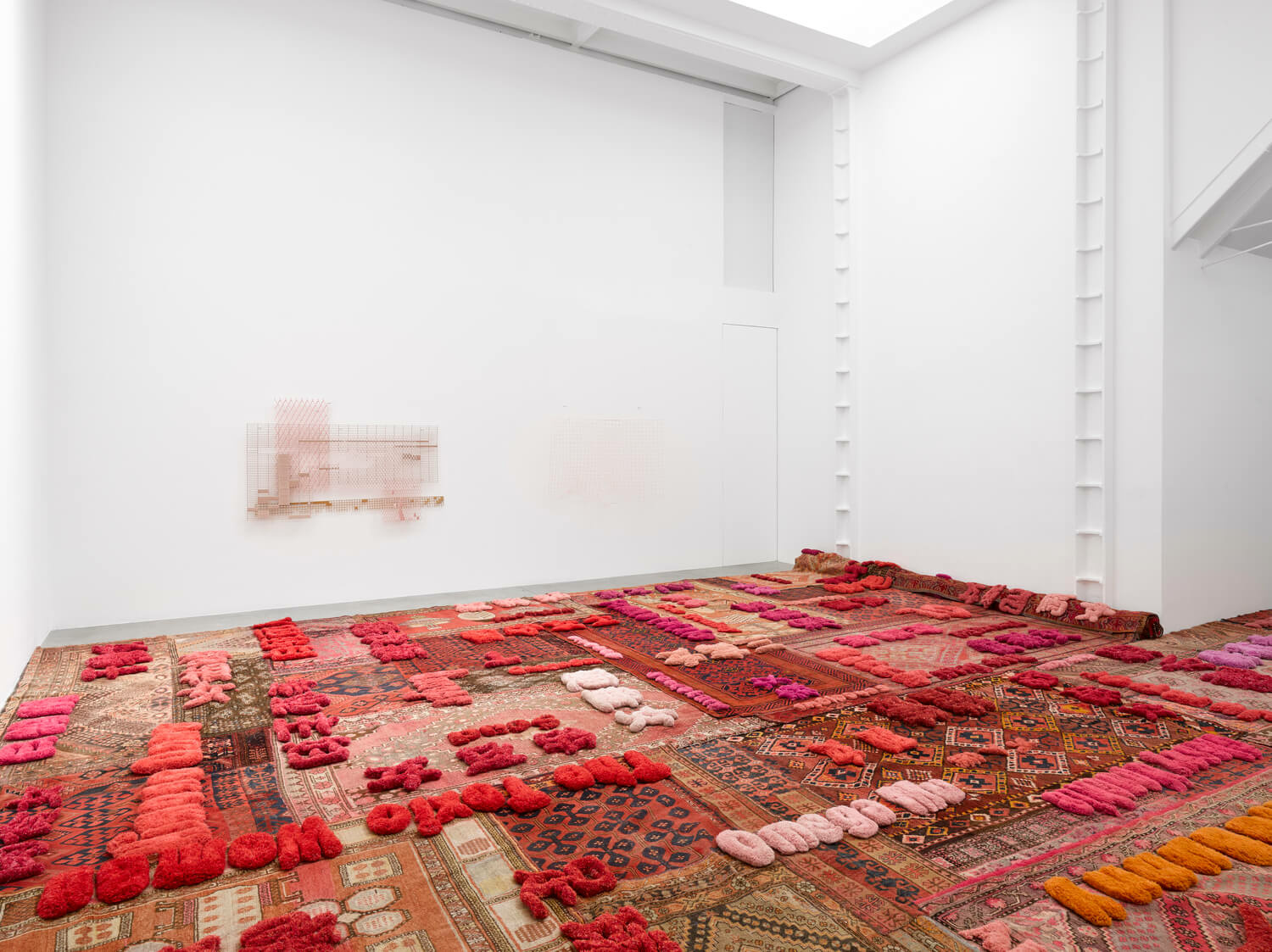 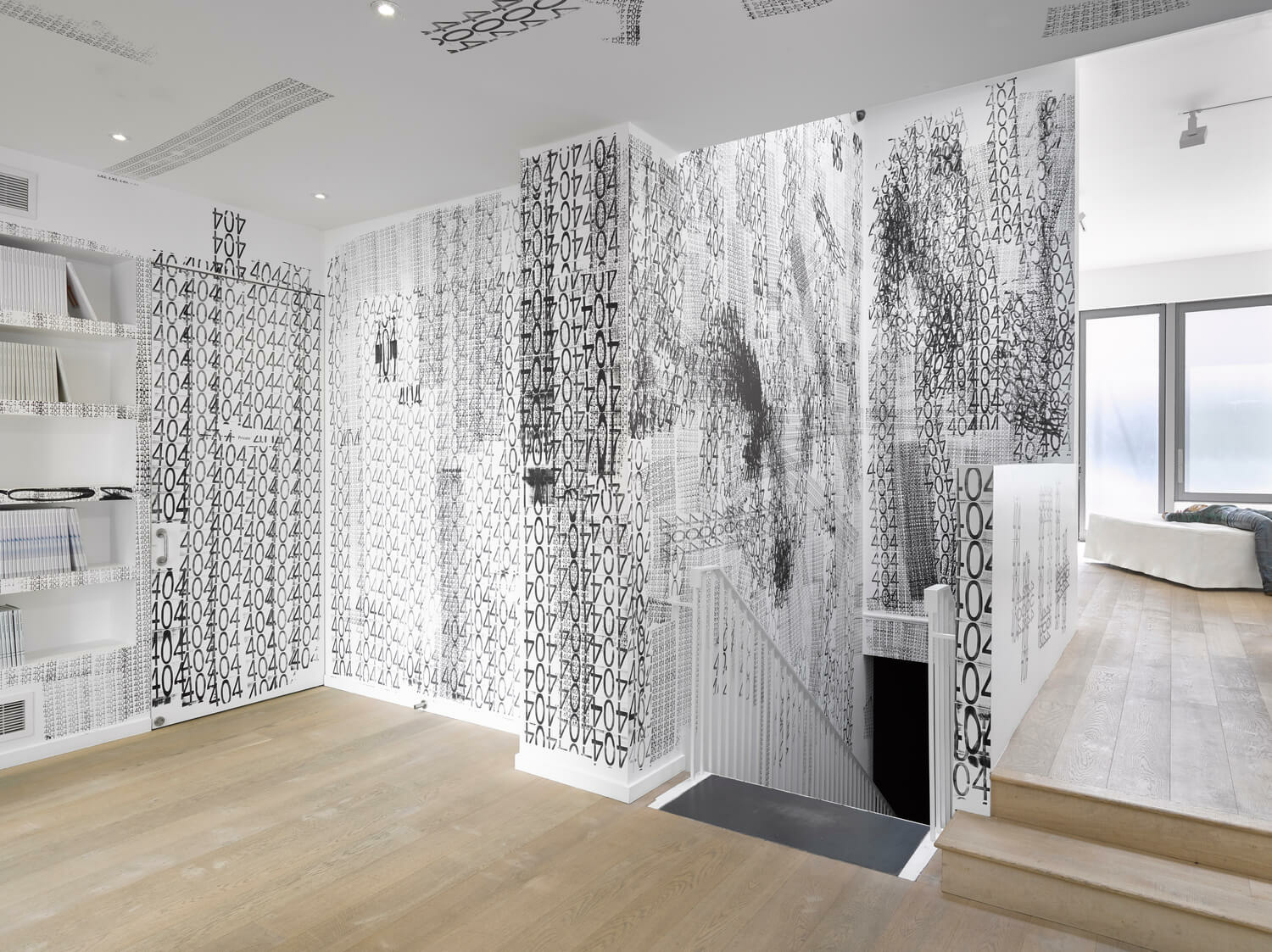 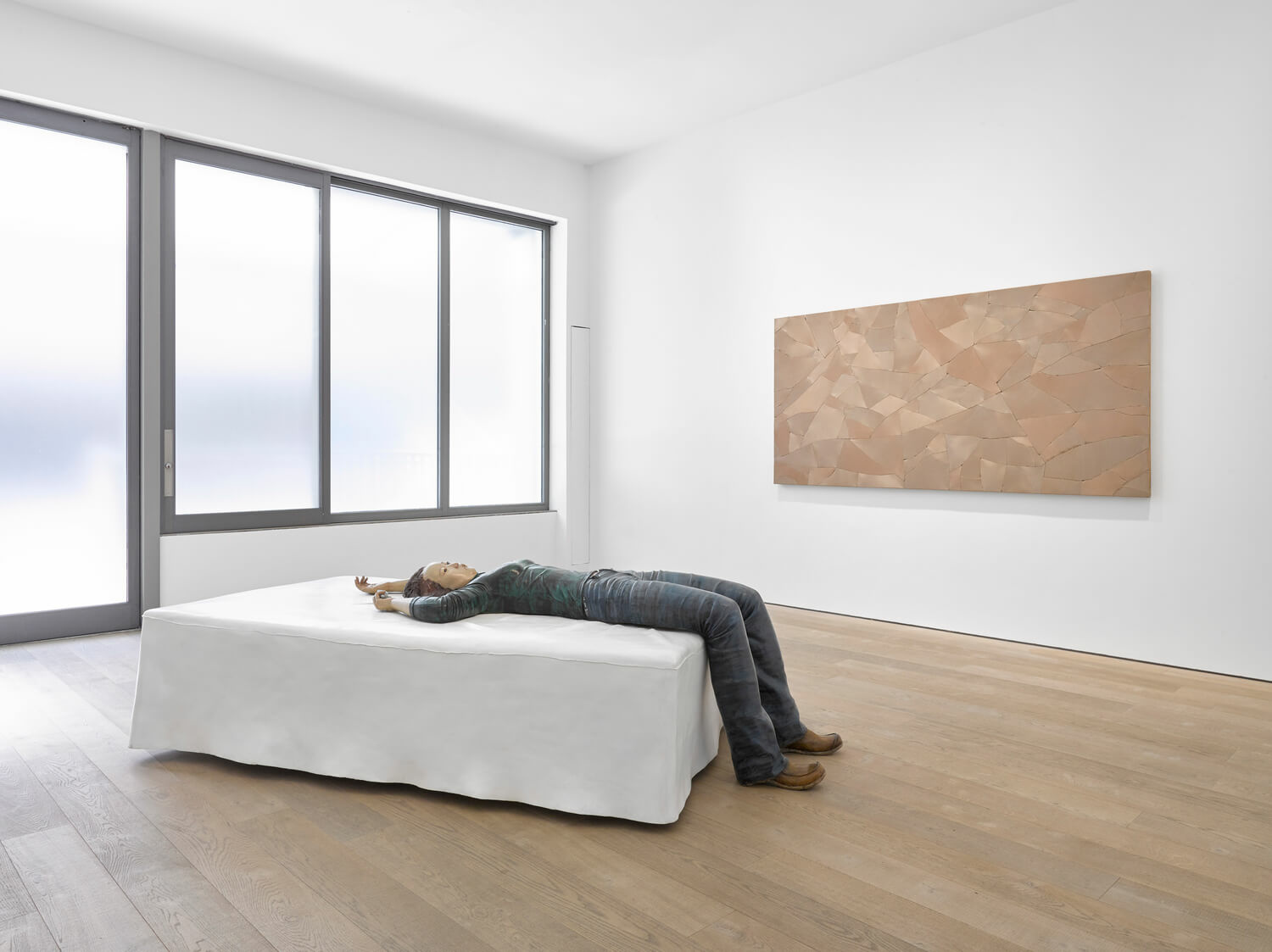 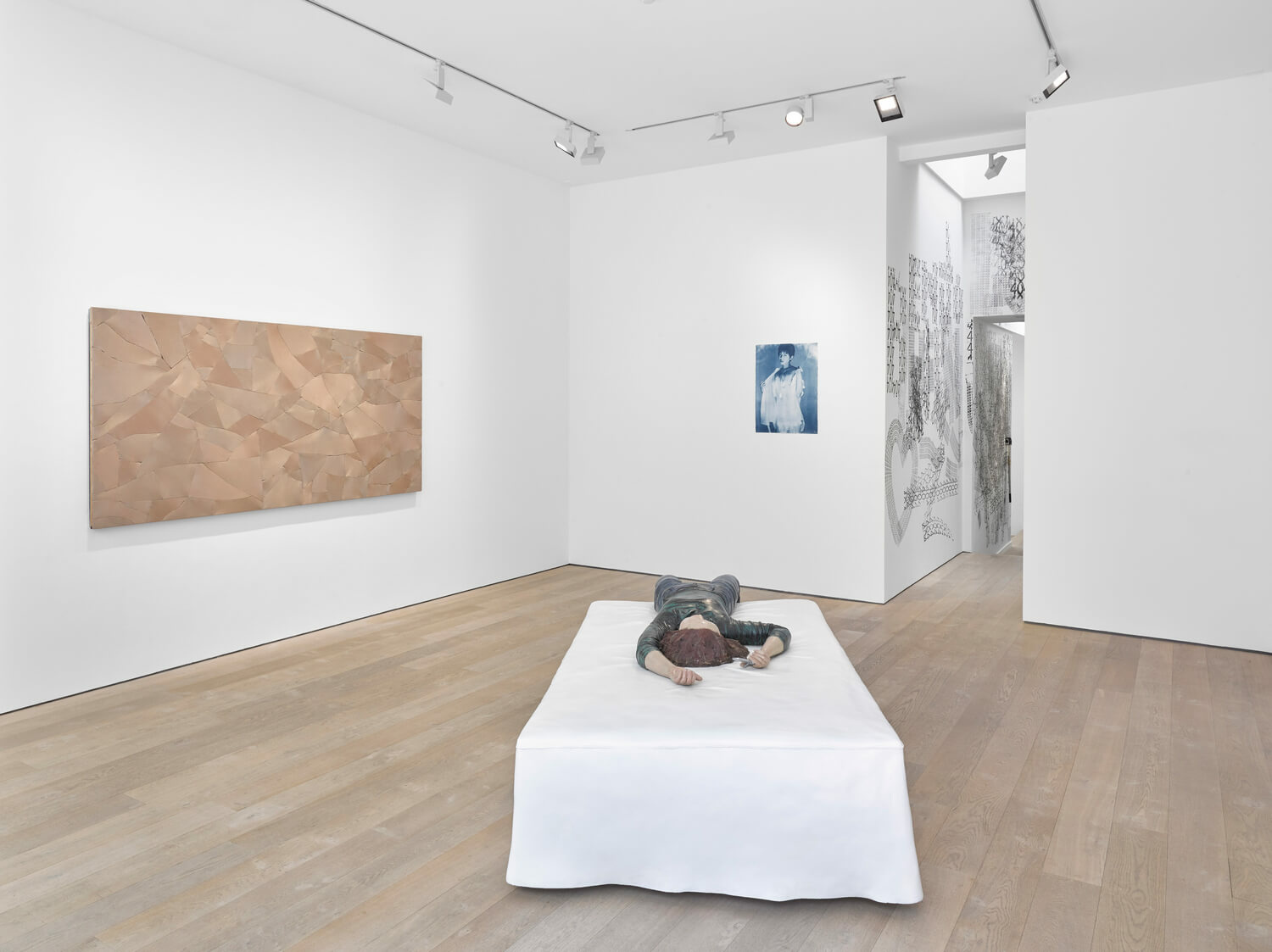 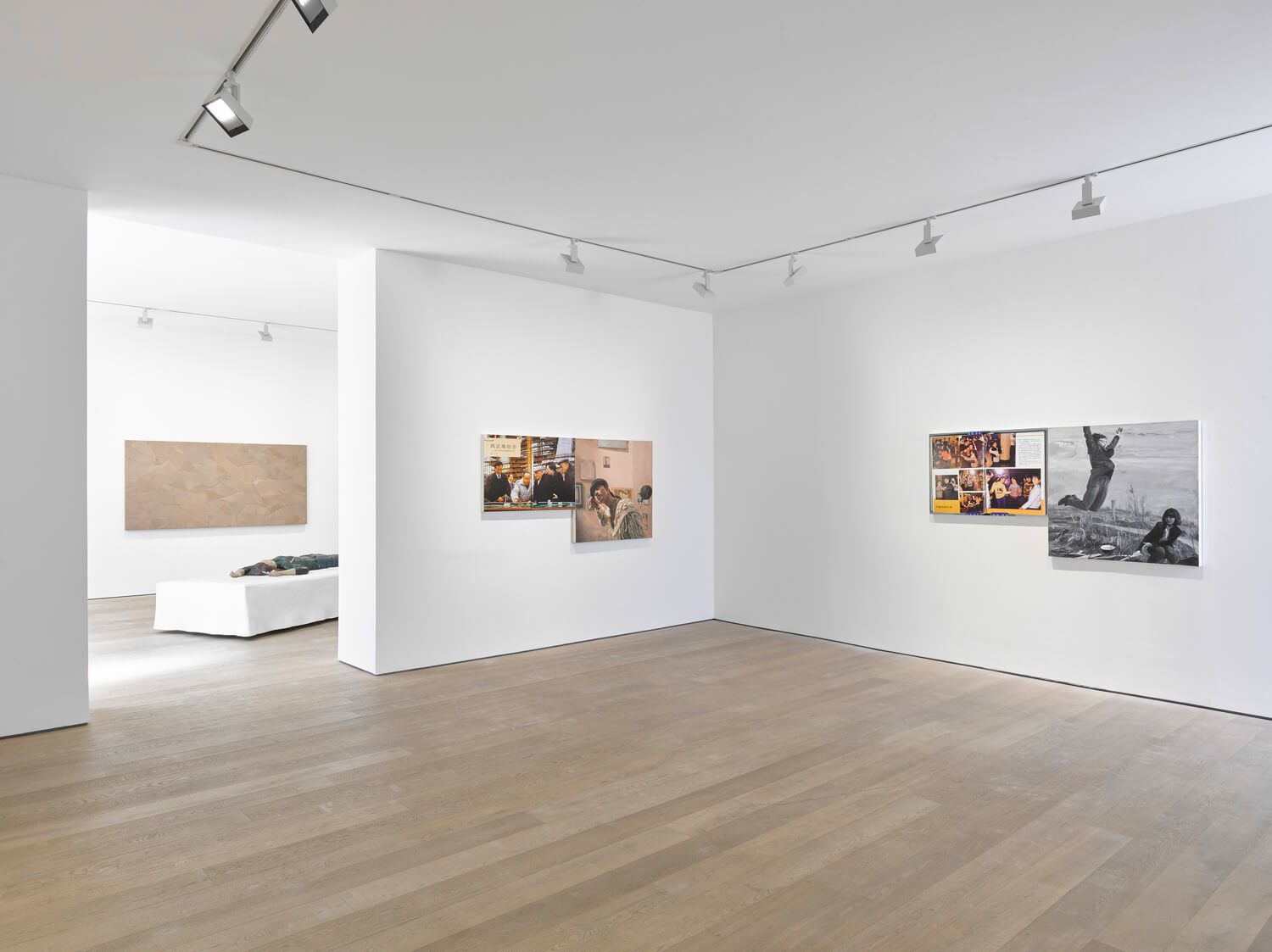 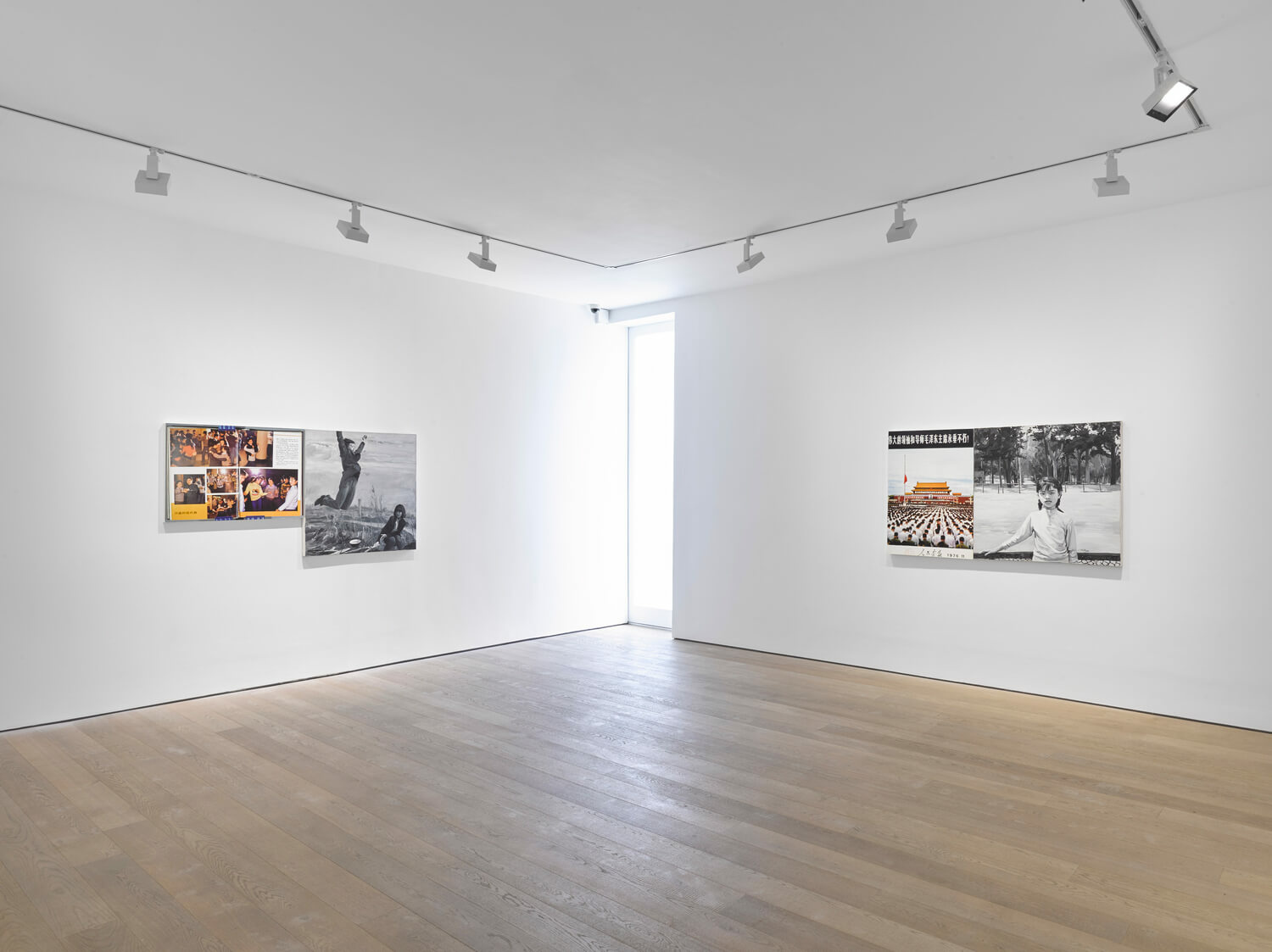 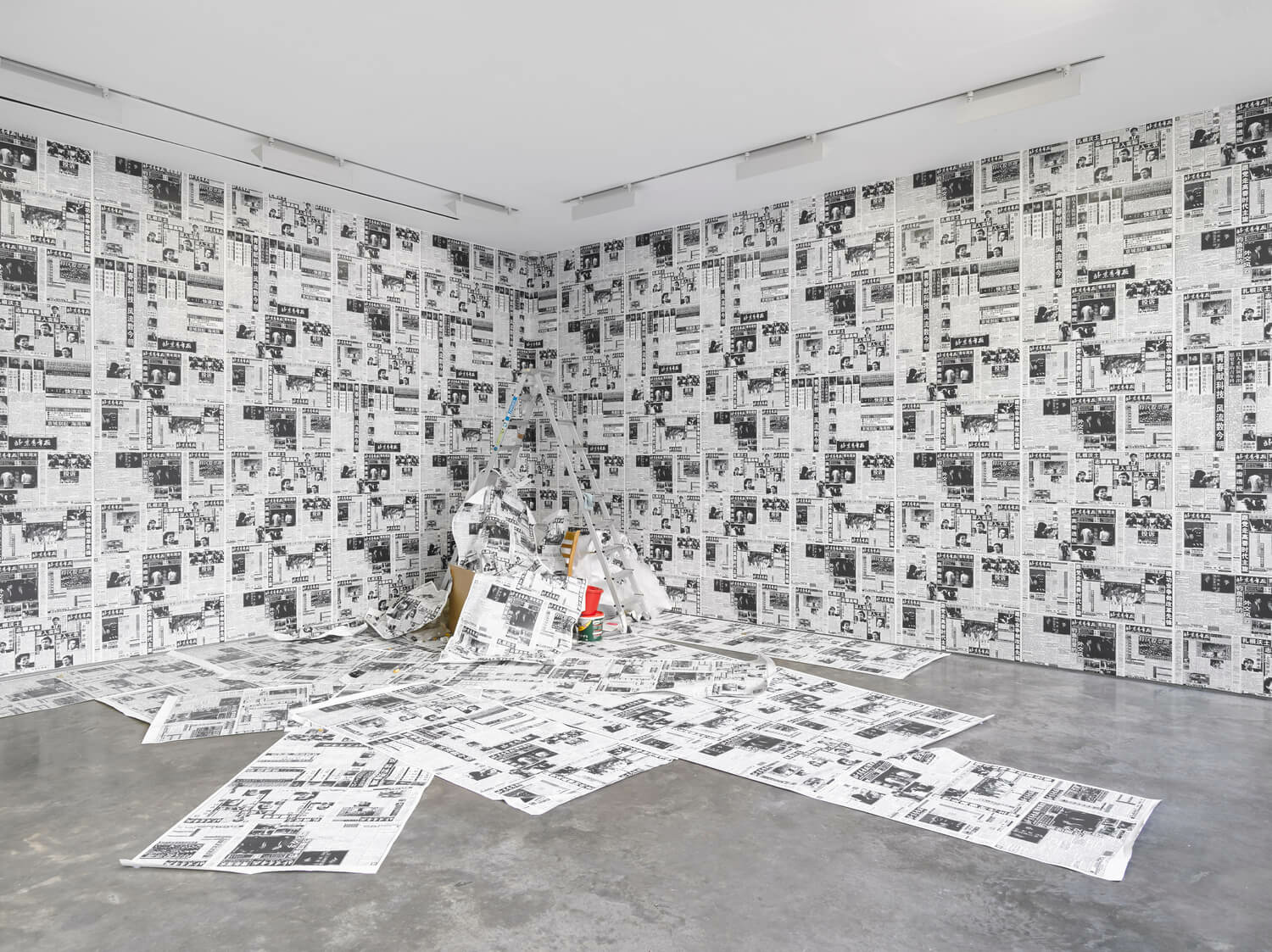 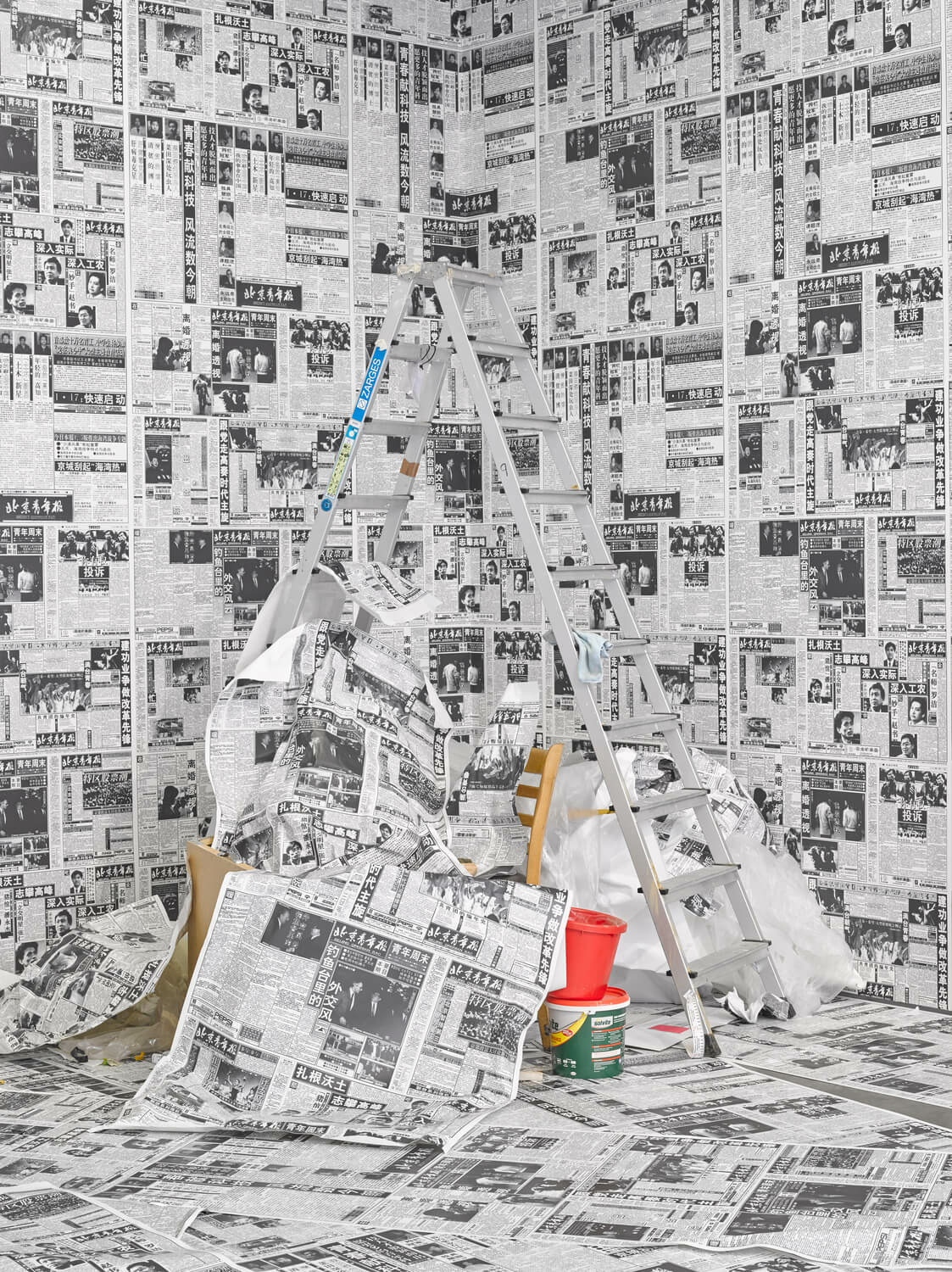 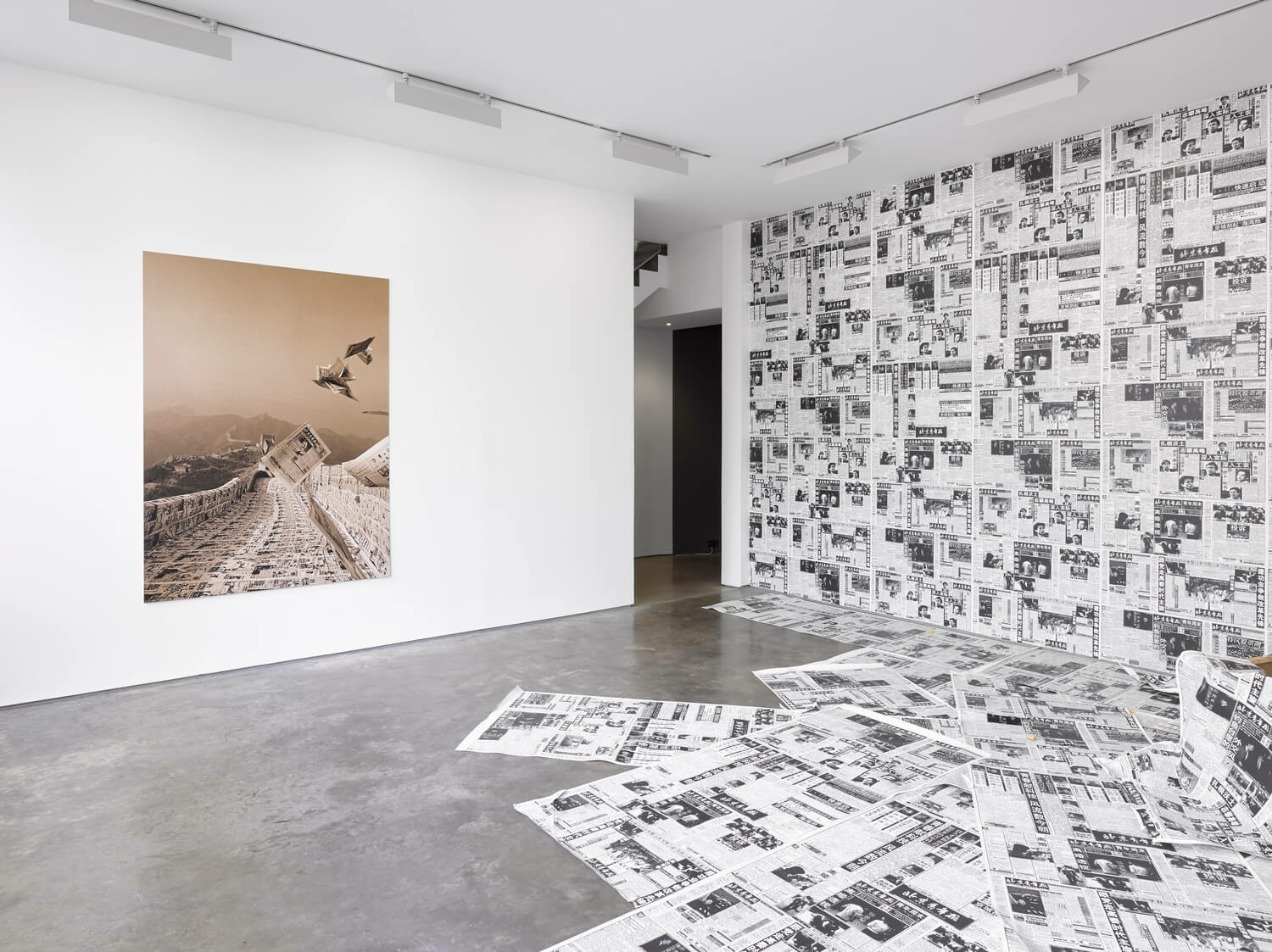 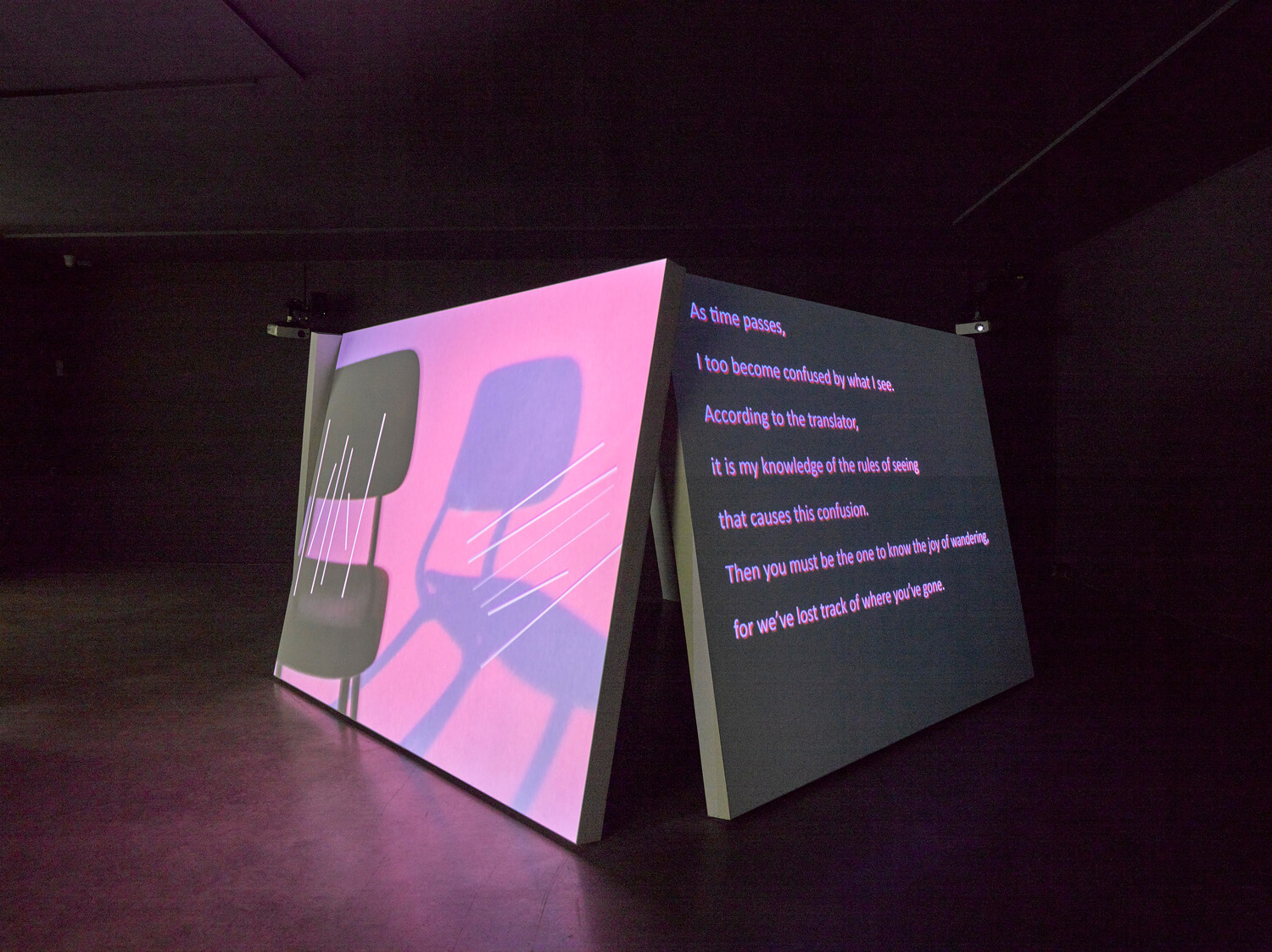 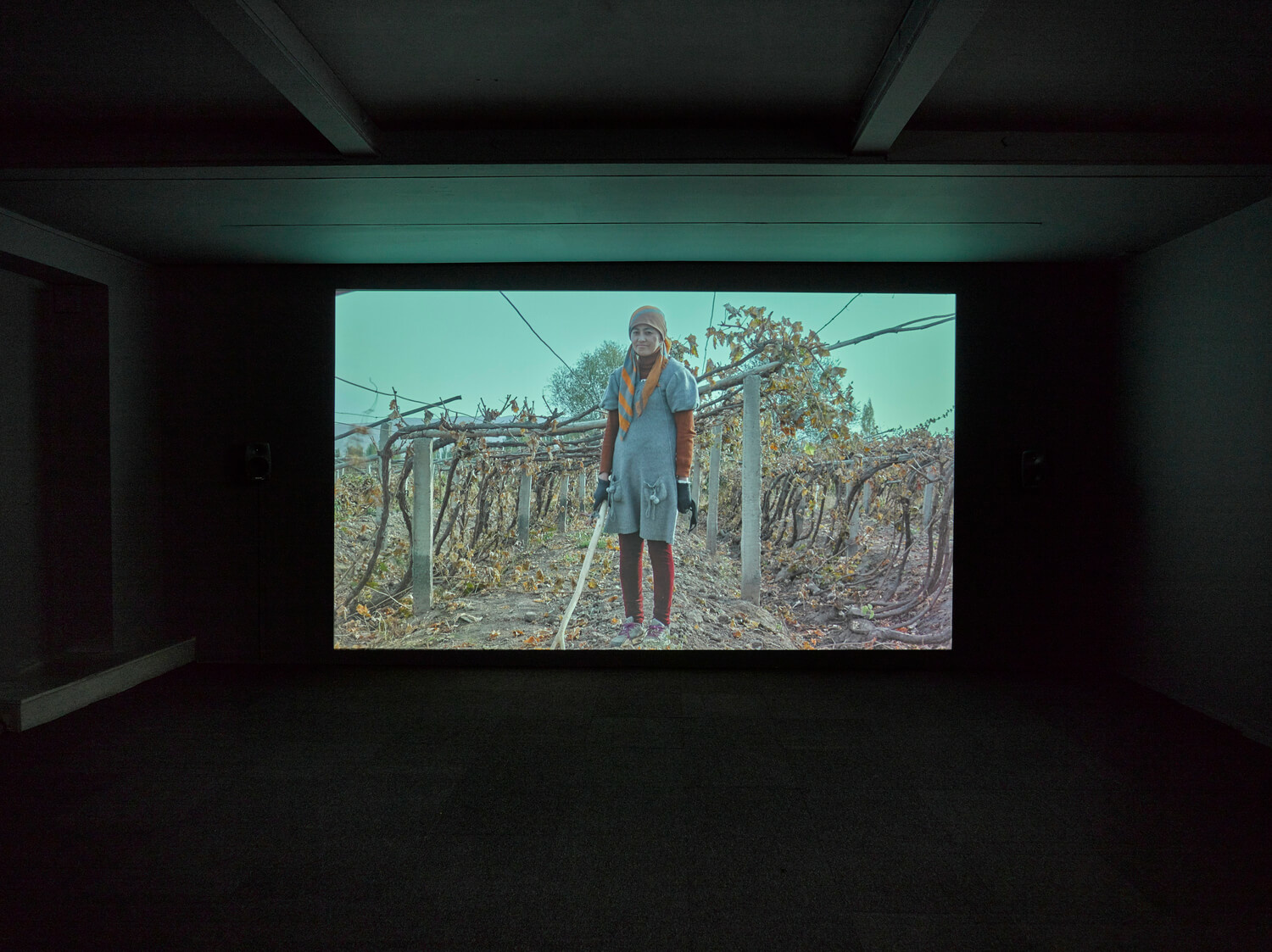 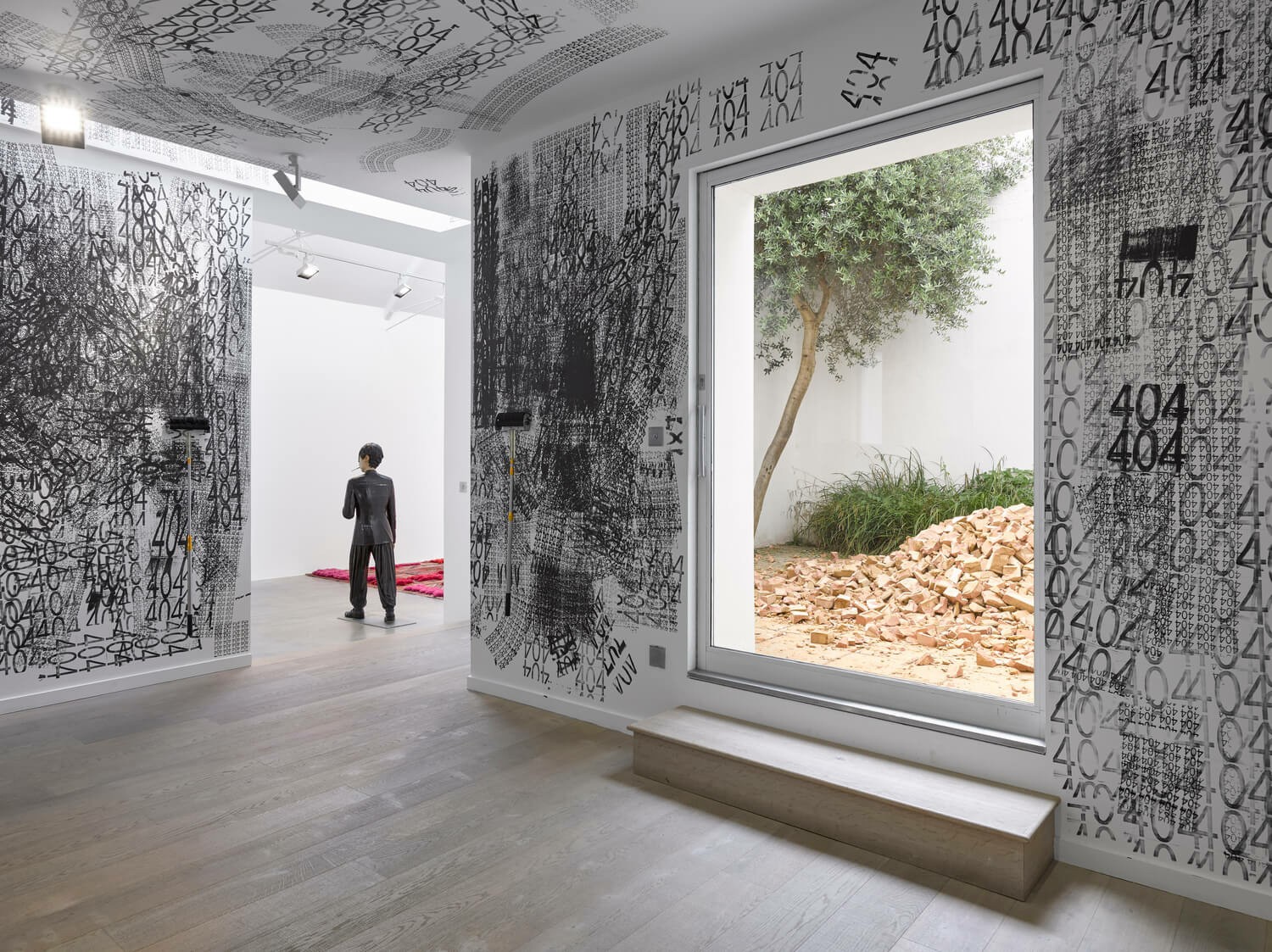 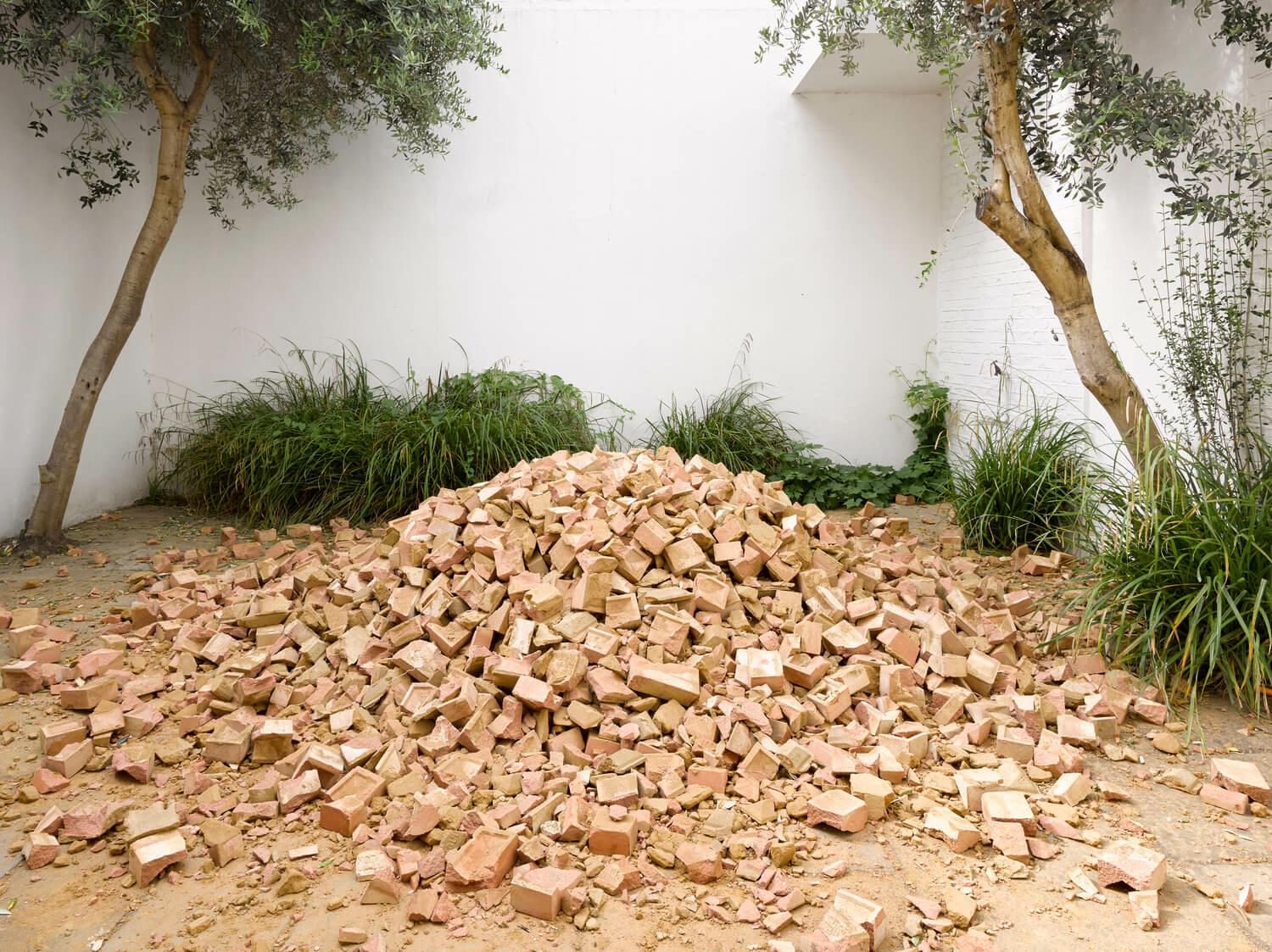